Scientists at the Monell Chemical Senses Center report that bitter taste perception of vegetables is influenced by an interaction between variants of taste genes and the presence of naturally-occurring toxins in a given vegetable. The study appears in the September 19 issue of Current Biology.

Scientists have long assumed that bitter taste evolved as a defense mechanism to detect potentially harmful toxins in plants. The Current Biology paper provides the first direct evidence in support of this hypothesis by establishing that variants of the bitter taste receptor TAS2R38 can detect glucosinolates, a class of compounds with potentially harmful physiological actions, in natural foods.

"The findings show that our taste receptors are capable of detecting toxins in the natural setting of the fruit and vegetable plant matrix," said senior author Paul Breslin, a Monell sensory scientist.

Glucosinolates act as anti-thyroid compounds. The thyroid converts iodine into thyroid hormones, which are essential for protein synthesis and regulation of the body's metabolism. Glucosinolates inhibit iodine uptake by the thyroid, increasing risk for goiter and altering levels of thyroid hormones. The ability to detect and avoid naturally-occurring glucosinolates would confer a selective advantage to the over 1 billion people who presently have low iodine status and are at risk for thyroid insufficiency.

In the study, 35 healthy adults were genotyped for the hTAS2R38 bitter taste receptor gene; the three genotypes were PAV/PAV (sensitive to the bitter-tasting chemical PTC,) AVI/AVI (insensitive), and PAV/AVI (intermediate).

Together, the findings provide a complete picture describing individual differences in responses to actual foods at multiple levels: evolutionary, genetic, receptor, and perceptual. "The sense of taste enables us to detect bitter toxins within foods, and genetically-based differences in our bitter taste receptors affect how we each perceive foods containing a particular set of toxins," summarizes Breslin.

Breslin notes, "The contents of the veggies are a double-edged sword, depending upon the physiological context of the individual eating them. Most people in industrialized cultures can and should enjoy these foods. In addition to providing essential nutrients and vitamins, many are reported to have anti-cancer properties."

Lead author Mari Sandell comments on additional nutritional and practical implications of the study, "Taste has a great impact on food acceptability and choice. A comprehensive understanding how food components contribute to taste is necessary to develop modern tools for both nutritional counseling and food development."

The Monell Chemical Senses Center is a nonprofit basic research institute based in Philadelphia, Pennsylvania. For 35 years, Monell has been the nation's leading research center focused on understanding the senses of smell, taste and chemical irritation: how they function and affect lives from before birth through old age. Using a multidisciplinary approach, scientists collaborate in the areas of: sensation and perception, neuroscience and molecular biology, environmental and occupational health, nutrition and appetite, health and well being, and chemical ecology and communication. For more information about Monell, please visit www.monell.org.

CITATION: Mari A. Sandell and Paul A.S. Breslin. Variability in a taste-receptor gene determines whether we taste toxins in food. Current Biology, 2006, 16, R792-R794. 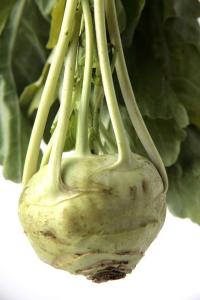