In type 1 diabetes, the body attacks its own insulin-producing cells. Scientists at Helmholtz Zentrum München, partner in the German Center for Diabetes Research, and their colleagues at Technical University of Munich have now reported in the journal PNAS about a mechanism used by the immune system to prepare for this attack. They were able to inhibit this process through targeted intervention and are now hoping this will lead to new possibilities for treatment.

Type 1 diabetes is an autoimmune disease in which the body destroys its own beta cells in the pancreas.* Researchers are still seeking to find out what causes this malfunction of the immune system in order to intervene therapeutically in the processes. A team led by Dr. Carolin Daniel, group leader at the Institute of Diabetes Research (IDF) of Helmholtz Zentrum München, has now discovered a further piece in solving this puzzle.

"For the first time, we were able to show that in the affected children an increased number of specific immune cells are found in the blood at the beginning of the autoimmune response," said Daniel. She and her team had previously analyzed blood samples of children in a biobank established by Professor Anette-Gabriele Ziegler, director of the IDF, within the framework of large-scale cohort studies.

According to the authors, these special immune cells are so-called insulin-specific T follicular helper cells (TFH). They appear in the lymph nodes, among other organs, and initiate attacks of the immune system by promoting the production of antibodies by B cells. Now the scientists have found increased frequencies of these cells in samples of children with recent onset of islet cell autoimmunity - an early stage of type 1 diabetes.

In the search for the causes of the increase in TFH cells during autoimmune activation in children, the scientists discovered a previously unknown signaling pathway. "Our analyses showed that a molecule called miRNA92a** triggers a chain of molecular events, which ultimately leads to the increase in these immune cells," said IDF doctoral student Isabelle Serr, explaining the complex mechanism. "In particular, during this process, miRNA92a interferes with the formation of important signaling proteins such as KLF2 and PTEN."

Use in therapy and diagnostics

To check whether this newly discovered mechanism is suitable for therapeutic intervention, the scientists investigated the effect of a so-called antagomir, which specifically binds to miRNA92a molecules and blocks their effect. In an experimental model of type 1 diabetes and in the humanized model, this treatment resulted in a significantly lower autoimmune response.

"The targeted inhibition of miRNA92a or the downstream signaling pathway could open up new possibilities for the prevention of type 1 diabetes," said Professor Ziegler. "Furthermore, the insulin-specific TFH cells could serve as biomarkers to determine the treatment success of the insulin vaccinations we perform."

In previous studies, the researchers led by Dr. Carolin Daniel had already shown that a vaccination with optimized insulin mimetopes can slow the immune response against the beta cells of the pancreas. In particular, the regulatory T-cells of the immune system contributed to the prevention of self-destruction. https://www.helmholtz-muenchen.de/en/press-media/press-releases/2016/press-release/article/32853/index.html

Technical University of Munich (TUM) is one of Europe's leading research universities, with more than 500 professors, around 10,000 academic and non-academic staff, and 40,000 students. Its focus areas are the engineering sciences, natural sciences, life sciences and medicine, combined with economic and social sciences. TUM acts as an entrepreneurial university that promotes talents and creates value for society. In that it profits from having strong partners in science and industry. It is represented worldwide with a campus in Singapore as well as offices in Beijing, Brussels, Cairo, Mumbai, San Francisco, and São Paulo. Nobel Prize winners and inventors such as Rudolf Diesel, Carl von Linde, and Rudolf Mößbauer have done research at TUM. In 2006 and 2012 it won recognition as a German "Excellence University." In international rankings, TUM regularly places among the best universities in Germany. http://www.tum.de/en/homepage

The German Center for Diabetes Research (DZD) is a national association that brings together experts in the field of diabetes research and combines basic research, translational research, epidemiology and clinical applications. The aim is to develop novel strategies for personalized prevention and treatment of diabetes. Members are Helmholtz Zentrum München - German Research Center for Environmental Health, the German Diabetes Center in Düsseldorf, the German Institute of Human Nutrition in Potsdam-Rehbrücke, the Paul Langerhans Institute Dresden of the Helmholtz Zentrum München at the University Medical Center Carl Gustav Carus of the TU Dresden and the Institute for Diabetes Research and Metabolic Diseases of the Helmholtz Zentrum München at the Eberhard-Karls-University of Tuebingen together with associated partners at the Universities in Heidelberg, Cologne, Leipzig, Lübeck and Munich. http://www.dzd-ev.de/en/index.html

How does friendly fire happen in the pancreas? 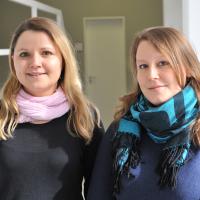