PITTSBURGH, Oct. 5, 2020 - Severely injured trauma patients who received a blood-clotting drug before arriving at the hospital had a better chance of surviving than those who didn't, according to new research from the University of Pittsburgh School of Medicine. The results will be reported at the American College of Surgeons Clinical Congress 2020 and published in JAMA Surgery.

The multi-center trial, which took place over four years in Pennsylvania, Texas, Utah and Arizona, was designed to determine whether giving tranexamic acid, a blood-clotting agent, to trauma patients before they arrived at the hospital improved patients' chance of survival. Over the trial period, researchers found that while the drug is safe, it did not significantly reduce 30-day mortality in the majority of patients at risk of hemorrhage following their injuries.

However, "in certain subgroups who got the drug very early--within the first hour--or who had severe shock with a blood pressure less than 70 when the paramedics arrived, there was an improvement in survival," said lead author, Francis X. Guyette, M.D., associate professor of emergency medicine at Pitt and UPMC emergency physician.

The 903 participants in the study were enrolled from emergency calls where patients were at risk of bleeding from trauma. Half got the tranexamic acid treatment, and half got a placebo of saline.

When paramedics arrive at a scene, it's hard to know the full extent of a patient's injuries, making it difficult to determine the level of trauma they've experienced, so the study used simple measurements to enroll patients in the trial.

"The prehospital environment is very unknown," said senior author Jason Sperry, M.D., professor of surgery at Pitt and UPMC trauma surgeon. "All you have is some vital signs and you know they have been injured. Tranexamic acid was given to just about everybody if they had either a high heart rate or low blood pressure."

Tranexamic acid is commonly used in cardiac surgery to help stop bleeding, but previous studies have suggested that the drug may pose risks--including blood clots and strokes--to patients suffering from severe injuries. However, among the severely injured patients in this study who received the drug, none had more risk of these side effects than those who didn't receive the drug. This result suggests tranexamic acid may be safer and more beneficial to trauma patients than originally thought.

Since tranexamic acid is delivered through an IV, it's easy to stock in emergency vehicles. It's also affordable, so paramedics are less likely to ration it for the patients who they suspect have the worst injuries.

"Given that tranexamic acid is safe and has benefit in these subgroups of patients, if we can give it early and give it to all patients with severe injury in the field, we should," said Guyette. "Even though it benefits a few percent of trauma patients, that works out to thousands of patients per year whose lives could be saved."

Guyette and Sperry hope that their findings will be used to modify guidelines for paramedics.

To read this release online or share it, visit https://www.upmc.com/media/news/100520-Tranexamic-Acid [when embargo lifts]. 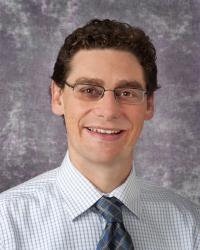