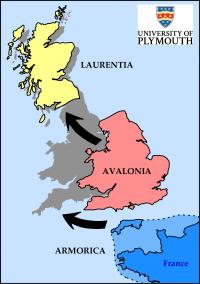 How Britain was Formed