Low doses of propylparaben - a chemical preservative found in food, drugs and cosmetics - can alter pregnancy-related changes in the breast in ways that may lessen the protection against breast cancer that pregnancy hormones normally convey, according to University of Massachusetts Amherst research.

The findings, published March 16 in the journal Endocrinology, suggest that propylparaben is an endocrine-disrupting chemical that interferes with the actions of hormones, says environmental health scientist Laura Vandenberg, the study's senior author. Endocrine disruptors can affect organs sensitive to hormones, including the mammary gland in the breast that produces milk.

"We found that propylparaben disrupts the mammary gland of mice at exposure levels that have previously been considered safe based on results from industry-sponsored studies. We also saw effects of propylparaben after doses many times lower, which are more reflective of human intake," Vandenberg says. "Although our study did not evaluate breast cancer risk, these changes in the mammary tissue are involved in mitigating cancer risk in women."

Hormones produced during pregnancy not only allow breast tissue to produce milk for the infant, but also are partly responsible for a reduced risk of breast cancer in women who give birth at a younger age.

The researchers, including co-lead author Joshua Mogus, a Ph.D. student in Vandenberg's lab, tested whether propylparaben exposure during the vulnerable period of pregnancy and breastfeeding adversely alters the reorganization of the mammary gland. They examined the mothers' mammary glands five weeks after they exposed the female mice to environmentally doses of propylparaben during pregnancy and breastfeeding.

Compared with pregnant mice that had not received propylparaben, the exposed mice had mammary gland changes not typical of pregnancy, the researchers report. These mice had increased rates of cell proliferation, which Vandenberg says is a possible risk factor for breast cancer. They also had less-dense epithelial structures, fewer immune cell types and thinner periductal collagen, the connective tissue in the mammary gland.

"Some of these changes may be consistent with a loss of the protective effects that are typically associated with pregnancy," says Mogus, who was chosen to present the research, deemed "particularly newsworthy" by the Endocrine Society, at the international group's virtual annual meeting, ENDO 2021, beginning March 20.

"This chemical is so widely used, it may be impossible to avoid entirely," Mogus adds. "It is critical that relevant public health agencies address endocrine-disrupting chemicals as a matter of policy."

This research received funding from the University of Massachusetts Commonwealth Honors College Grant, the Endocrine Society's Summer Research Fellowship and the National Institutes of Health. 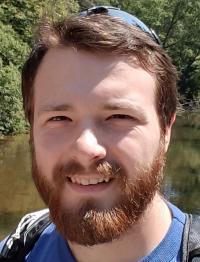