New research from Uppsala University shows that saturated fat builds more fat and less muscle than polyunsaturated fat. This is the first study on humans to show that the fat composition of food not only influences cholesterol levels in the blood and the risk of cardiovascular disease but also determines where the fat will be stored in the body. The findings have recently been published in the American journal Diabetes.

The study involved 39 young adult men and women of normal weight, who ate 750 extra calories per day for seven weeks. The goal was for them to gain three per cent of their starting weight. The project received considerable attention when it started in 2011, partly because the extra calories were ingested in the form of muffins with high fat content, baked in the lab by Fredrik Rosqvist, a doctoral candidate and first author of the study.

The increase in body fat and the distribution of fat in the body was measured using a magnetic resonance imaging (MRI scans) before and after the weight gain, as was the muscle mass in the body. Gene activity was measured in the abdominal visceral fat before and after the weight gain with the help of a gene chip that studies several thousand genes at a time.

"Liver fat and visceral fat seems to contribute to a number of disturbances in metabolism. These findings can therefore be important for individuals with metabolic diseases such as diabetes. If the results regarding increased muscle mass following consumption of polyunsaturated fat can be confirmed in our coming studies, it will potentially be interesting for many elderly people, for whom maintaining muscle mass is of great importance in preventing morbidity", says Ulf Risérus, associate professor at the Department of Public Health and Caring Science and director of the study.

When it comes to the risk of developing diabetes and cardiovascular diseases, it seems more important where in the body the fat is stored than how much fat the body has. Visceral fat, along with a high proportion of fat in the liver, is closely associated with increased risk for developing type-2 diabetes. These fat depots are therefore important targets for new drugs and dietary strategies. A number of studies have indicated that a higher intake of polyunsaturated fats from plant oils and nuts is associated with a decreased risk of type-2 diabetes, but the reasons for this remain unclear.

The present study proposes a potential explanation for such an association, showing that polyunsaturated fatty acids can affect fat distribution in the body more favorably than saturated fats, probably by regulating increased energy combustion or decreased storage of visceral fat in connection with calorie-rich diets.

The researchers were also able to see that over-consumption of saturated fats seems to be able to "turn on" certain genes in fatty tissue that increase the storage of fat in the abdomen and at the same time hamper insulin regulation. Polyunsaturated fats, instead, can "turn on" genes in visceral fat that in turn are linked to reduced storage of fat and improved sugar metabolism in the body. However, more research is required to understand how this occurs in humans.

The discovery may also be a contributing factor regarding the tendency of some individuals to accumulate fat in the liver and abdomen. The new findings suggest that the fat composition of the diet, in the long term, might play a role in preventing obesity-related disorders, like type-2 diabetes, at an early stage, before overweight develops.

"This is of great interest, as we lack preventive treatments for fatty liver and visceral fat today. The new findings also support international dietary recommendations including the new Nordic nutritional recommendations, which, among other things, recommend replacing some saturated fat from meat, butter, and palm oil, for example, with unsaturated fats from plant oils and fatty fish", says Ulf Risérus.

The next step is now to find out in greater detail what happens in the body when we eat the respective fats and to study what the effects are in overweight individuals with elevated risk of type-2 diabetes. 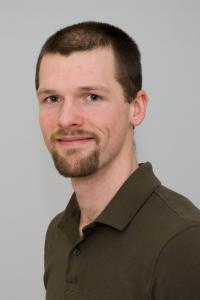