New Haven, Conn. — Fifty million years ago, the North and South Poles were ice-free and crocodiles roamed the Arctic. Since then, a long-term decrease in the amount of CO2 in the atmosphere has cooled the Earth. Researchers at Yale University, the Carnegie Institution of Washington and the University of Sheffield now show that land plants saved the Earth from a deep frozen fate by buffering the removal of atmospheric CO2 over the past 24 million years.

While the upper limit for atmospheric CO2 levels has been a focus for discussions of global warming and the quality of life on Earth, this study points to the dynamics that maintain the lower sustainable limits of atmospheric CO2.

Volcanic gases naturally add CO2 to the atmosphere, and over millions of years CO2 is removed by the weathering of silica-based rocks like granite and then locked up in carbonates on the floor of the world's oceans. The more these rocks are weathered, the more CO2 is removed from the atmosphere.

"Mountain building in places like Tibet and South America during the past 25 million years created conditions that should have sucked nearly all the CO2 out of the atmosphere, throwing the Earth into a deep freeze," said senior author Mark Pagani, associate professor of geology and geophysics and a member of the Yale Climate and Energy Institute's executive committee. "But as the CO2 concentration of Earth's atmosphere decreased to about 200 to 250 parts per million, CO2 levels stabilized."

The study, published in the XX issue of Nature, looked for a possible explanation They used simulations of the global carbon cycle and observations from plant growth experiments to show that as atmospheric CO2 concentrations began to drop towards near-starvation levels for land plants, the capacity of plants and vegetation to weather silicate rocks greatly diminished, slowing the draw-down of atmospheric CO2.

"When CO2 levels become suffocatingly low, plant growth is compromised and the health of forest ecosystems suffer," said Pagani. "When this happens, plants can no longer help remove CO2 from the atmosphere faster than volcanoes and other sources can supply it."

"Ultimately, we owe another large debt to plants" said co-author Ken Caldeira from the Carnegie Institution of Washington at Stanford University. "Aside from providing zesty dishes like eggplant parmesan, plants have also stabilized Earth's climate by inhibiting critically low levels of CO2 that would have thrown Earth spinning into space like a frozen ice ball."

Co-author David Beerling from Sheffield University adds, "Our research supports the emerging view that plants should be recognized as a geologic force of nature, with important consequences for all life on Earth"

Robert Berner, professor emeritus of geology and geophysics at Yale, is also an author on the study. The Yale Climate and Energy Institute; the National Science Foundation; the Department of Energy; the Leverhulme Trust and a Royal Society-Wolfson Research Merit Award supported the research.

The Yale Climate and Energy Institute (YCEI) is a newly established interdisciplinary institute focused on bridging research and policy around climate and energy issues so that practical solutions can be implemented in both the developing and developed world.

An interview with Mark Pagani is available at http://tinyurl.com/yale-pagani-052909

Plants save the earth from an icy doom 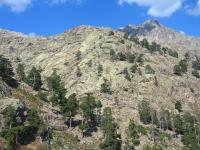