Birds breathe with greater efficiency than humans due to the structure of their lungs--looped airways that facilitate air flows that go in one direction--a team of researchers has found through a series of lab experiments and simulations.

The findings will appear Fri., March 19 in the journal Physical Review Letters (to be posted between 10 and 11 a.m. EDT).

The study, conducted by researchers at New York University and the New Jersey Institute of Technology, also points to smarter ways to pump fluids and control flows in applications such as respiratory ventilators.

"Unlike the air flows deep in the branches of our lungs, which oscillate back and forth as we breathe in and out, the flow moves in a single direction in bird lungs even as they inhale and exhale," explains Leif Ristroph, an associate professor at NYU's Courant Institute of Mathematical Sciences and the senior author of the paper. "This allows them to perform the most difficult and energetically costly activity of any animal: they can fly, and they can do so across whole oceans and entire continents and at elevations as high as Mount Everest, where the oxygen is extremely thin."

"The key is that bird lungs are made of looped airways--not just the branches and tree-like structure of our lungs--and we found that this leads to one-way or directed flows around the loops," adds Ristroph. "This wind ventilates even the deep recesses of the lungs and brings in fresh air."

Videos and an image depicting the work are available on Google Drive: https://drive.google.com/drive/folders/1ifFo9zdNIG7Pl9_7_D88zUM0d_EmEFct

The one-way flow of air in birds' breathing systems was discovered a century ago. But what had remained a mystery was an explanation of the aerodynamics behind this efficient breathing system.

To explore this, the researchers conducted a series of experiments that mimicked birds' breathing in NYU's Applied Mathematics Lab.

For the experiments, they built piping filled with water--to replicate air flow--and bent the piping to imitate the loop-like structure of birds' lungs--similar to the way freeways are connected by on-ramps and off-ramps. The researchers mixed microparticles into the water, which allowed them to track the direction of the water flow.

These experiments showed that back-and-forth motions generated by breathing were transformed into one-way flows around the loops.

"This is in essence what happens inside lungs, but now we could actually see and measure--and thus understand--what was going on," explains Ristroph, director of the Applied Mathematics Lab. "The way this plays out is that the network has loops and thus junctions, which are a bit like 'forks in the road' where the flows have a choice about which route to take."

The scientists then used computer simulations to reproduce the experimental results and better understand the mechanisms.

"Inertia tends to cause the flows to keep going straight rather than turn down a side street, which gets obstructed by a vortex," explains NJIT assistant professor and co-author Anand Oza. "This ends up leading to one-way flows and circulation around loops because of how the junctions are hooked up in the network."

Ristroph points to several potential engineering uses for these findings.

"Directing, controlling, and pumping fluids is a very common goal in many applications, from healthcare to chemical processing to the fuel, lubricant, and coolant systems in all sorts of machinery," he observes. "In all these cases, we need to pump fluids in specific directions for specific purposes, and now we've learned from birds an entirely new way to accomplish this that we hope can be used in our technologies."

The paper's other authors were Steve Childress, a professor emeritus at the Courant Institute and co-director of the Applied Mathematics Lab; Quynh Nguyen, an NYU physics graduate student; Joanna Abouezzi and Guanhua Sun, NYU undergraduates at the time of the research; and Christina Frederick, an assistant professor at NJIT.

How do birds breathe better? Researchers' discovery will throw you for a loop 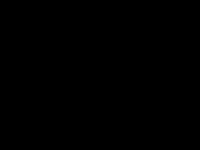