Rice University's latest nanotechnology breakthrough was more than 10 years in the making, but it still came with a shock. Scientists from Rice, the Dutch firm Teijin Aramid, the U.S. Air Force and Israel's Technion Institute this week unveiled a new carbon nanotube (CNT) fiber that looks and acts like textile thread and conducts electricity and heat like a metal wire. In this week's issue of Science, the researchers describe an industrially scalable process for making the threadlike fibers, which outperform commercially available high-performance materials in a number of ways.

"We finally have a nanotube fiber with properties that don't exist in any other material," said lead researcher Matteo Pasquali, professor of chemical and biomolecular engineering and chemistry at Rice. "It looks like black cotton thread but behaves like both metal wires and strong carbon fibers."

The research team includes academic, government and industrial scientists from Rice; Teijin Aramid's headquarters in Arnhem, the Netherlands; the Technion-Israel Institute of Technology in Haifa, Israel; and the Air Force Research Laboratory (AFRL) in Dayton, Ohio.

"The new CNT fibers have a thermal conductivity approaching that of the best graphite fibers but with 10 times greater electrical conductivity," said study co-author Marcin Otto, business development manager at Teijin Aramid. "Graphite fibers are also brittle, while the new CNT fibers are as flexible and tough as a textile thread. We expect this combination of properties will lead to new products with unique capabilities for the aerospace, automotive, medical and smart-clothing markets."

The phenomenal properties of carbon nanotubes have enthralled scientists from the moment of their discovery in 1991. The hollow tubes of pure carbon, which are nearly as wide as a strand of DNA, are about 100 times stronger than steel at one-sixth the weight. Nanotubes' conductive properties -- for both electricity and heat -- rival the best metal conductors. They also can serve as light-activated semiconductors, drug-delivery devices and even sponges to soak up oil.

Unfortunately, carbon nanotubes are also the prima donna of nanomaterials; they are difficult to work with, despite their exquisite potential. For starters, finding the means to produce bulk quantities of nanotubes took almost a decade. Scientists also learned early on that there were several dozen types of nanotubes -- each with unique material and electrical properties; and engineers have yet to find a way to produce just one type. Instead, all production methods yield a hodgepodge of types, often in hairball-like clumps.

Creating large-scale objects from these clumps of nanotubes has been a challenge. A threadlike fiber that is less than one-quarter the thickness of a human hair will contain tens of millions of nanotubes packed side by side. Ideally, these nanotubes will be perfectly aligned -- like pencils in a box -- and tightly packed. Some labs have explored means of growing such fibers whole, but the production rates for these "solid-state" fibers have proven quite slow compared with fiber-production methods that rely on a chemical process called "wet spinning." In this process, clumps of raw nanotubes are dissolved in a liquid and squirted through tiny holes to form long strands.

Shortly after arriving at Rice in 2000, Pasquali began studying CNT wet-spinning methods with the late Richard Smalley, a nanotechnology pioneer and the namesake of Rice's Smalley Institute for Nanoscale Science and Technology. In 2003, two years before his untimely death, Smalley worked with Pasquali and colleagues to create the first pure nanotube fibers. The work established an industrially relevant wet-spinning process for nanotubes that was analogous to the methods used to create high-performance aramid fibers -- like Teijin's Twaron -- which are used in bulletproof vests and other products. But the process needed to be refined. The fibers weren't very strong or conductive, due partly to gaps and misalignment of the millions of nanotubes inside them.

"Achieving very high packing and alignment of the carbon nanotubes in the fibers is critical," said study co-author Yeshayahu Talmon, director of Technion's Russell Berrie Nanotechnology Institute, who began collaborating with Pasquali about five years ago.

The next big breakthrough came in 2009, when Talmon, Pasquali and colleagues discovered the first true solvent for nanotubes -- chlorosulfonic acid. For the first time, scientists had a way to create highly concentrated solutions of nanotubes, a development that led to improved alignment and packing.

"Until that time, no one thought that spinning out of chlorosulfonic acid was possible because it reacts with water," Pasquali said. "A graduate student in my lab, Natnael Bahabtu, found simple ways to show that CNT fibers could be spun from chlorosulfonic acid solutions. That was critical for this new process."

Pasquali said other labs had found that the strength and conductivity of spun fibers could also be improved if the starting material -- the clumps of raw nanotubes -- contained long nanotubes with few atomic defects. In 2010, Pasquali and Talmon began experimenting with nanotubes from different suppliers and working with AFRL scientists to measure the precise electrical and thermal properties of the improved fibers.

During the same period, Otto was evaluating methods that different research centers had proposed for making CNT fibers. He envisaged combining Pasquali's discoveries, Teijin Aramid's know-how and the use of long CNTs to further the development of high performance CNT fibers. In 2010, Teijin Aramid set up and funded a project with Rice, and the company's fiber-spinning experts have collaborated with Rice scientists throughout the project.

"The Teijin scientific and technical help led to immediate improvements in strength and conductivity," Pasquali said.

Study co-author Junichiro Kono, a Rice professor of electrical and computer engineering, said, "The research showed that the electrical conductivity of the fibers could be tuned and optimized with techniques that were applied after initial production. This led to the highest conductivity ever reported for a macroscopic CNT fiber."

For example, one application where high strength and electrical conductivity could prove useful would be in data and low-power applications, Pasquali said.

"Metal wires will break in rollers and other production machinery if they are too thin," he said. "In many cases, people use metal wires that are far more thick than required for the electrical needs, simply because it's not feasible to produce a thinner wire. Data cables are a particularly good example of this."

VIDEO is available at: http://youtu.be/4XDJC64tDR0

CAPTION: Nanotubes are tightly packed in the new carbon nanotube fibers produced by Rice University and Teijin Aramid. This cross section of a test fiber, which was taken with a scanning electron microscope, shows only a few open gaps inside the fiber.

CAPTION: This light bulb is powered and held in place by two thin strands of carbon nanotube fibers that look and feel like textile thread. The nanotube fibers conduct heat and electricity as well as metal wires but are stronger and more flexible.

This release can be found online at news.rice.edu and on www.teijinaramid.com.

Located on a 300-acre forested campus in Houston, Rice University is consistently ranked among the nation's top 20 universities by U.S. News & World Report. Rice has highly respected schools of Architecture, Business, Continuing Studies, Engineering, Humanities, Music, Natural Sciences and Social Sciences and is home to the Baker Institute for Public Policy. With 3,708 undergraduates and 2,374 graduate students, Rice's undergraduate student-to-faculty ratio is 6-to-1. Its residential college system builds close-knit communities and lifelong friendships, just one reason why Rice has been ranked No. 1 for best quality of life multiple times by the Princeton Review and No. 2 for "best value" among private universities by Kiplinger's Personal Finance. To read "What they're saying about Rice," go to http://tinyurl.com/AboutRice.

Teijin Aramid is a subsidiary of the Teijin Group and a world leader in aramids. Its products Twaron, Sulfron, Teijinconex and Technora are renowned for their strength, sustainability, safety, heat resistance and low weight, and are used in a variety of applications and markets, including automotive, ballistic protection, marine, civil engineering, protective clothing, fiber optic cables and oil and gas. The four high performance fibers are produced in the Netherlands and Japan. For more information, visit www.teijinaramid.com.

Teijin Limited (TSE 3401), the holding company for the Teijin Group, is listed on the Tokyo and Osaka stock exchanges. The group has some 150 companies and around 17,000 employees spread out over 20 countries worldwide. It posted consolidated sales of JPY 854.4 billion (USD $9.9 billion) and total assets of JPY 762.1 billion (USD $8.8billion) in the fiscal year ending March 31, 2012. Visit www.teijin.co.jp/english or email M.J. Otto (business development manager) Marcin.Otto@TeijinAramid.com. 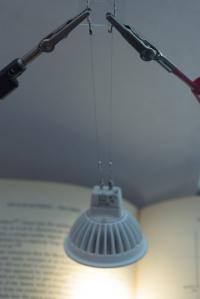 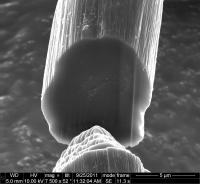