Childhood obesity has reached epidemic proportions, affecting children's health and wellbeing and leading to obesity, heart disease, diabetes and cancer later in life. The number of children with obesity continues to rise globally, particularly for children living in poverty.

Leeds, England's third largest city, has bucked the global trend and seen a significant fall in obesity, according to a recent study published in the journal Pediatric Obesity by Prof. Mary Rudolf, Head of the Department of Population Health at the Azrieli Faculty of Medicine of Bar-Ilan University. Furthermore, the largest decrease in obesity occurred among the city's poorest and most disadvantaged children.

Prof. Rudolf conducted her research on the growth measurements of children in England from 2009 to 2017. She found that, unlike England as a whole and comparable cities, the numbers of obese children in Leeds fell by 6.4%. "We used nationally collected data in our study, so it was very obvious that something different was happening in Leeds," she says.

Next week Prof. Rudolf will present the findings of her study to the Food and Health Forum at the British Parliament. This cross-party forum meets regularly and advises Parliament on how the health of the nation can be improved.

The decline in obesity coincided with a strategy introduced by the city in 2009 which aimed to tackle the obesity epidemic through focusing on families with preschool children in the poorest areas of Leeds. At its heart was HENRY - Health Exercise Nutrition for the Really Young -- an intervention developed by Prof. Rudolf and colleagues for children under the age of five. HENRY, which has been widely adopted in the UK over the past ten years, offers a range of programs and trains health and community practitioners to work in innovative ways to help parents provide their families with a healthier start in life.

In Israel, where Prof. Rudolf is now based, one in five children are obese or overweight by the time they start first grade, rising to one in three by seventh grade. In an effort to address the problem, the Israel Ministry of Health brought HENRY to Israel in 2014. A team of four professionals was sent to Oxford to learn the approach, and subsequently trained nurses, dieticians and social workers who worked directly with families that participated in the program, and in particular specialists in early childhood. Training was also provided to parents participating in the program. HENRY has been translated into Hebrew and Arabic and has been piloted in a variety of disadvantaged towns, such as Safed, Kiryat Yam, Daliyat al-Karmel, Ussefiya, Baqa al-Gharbiyye, Ramle, Jerusalem, Yeruham, and Dimona.

Known in Israel as Efshari bari mishpachti ("A Healthy Family is Possible") the program has been tailored to families with children under the age of three, and is under evaluation by Prof. Orna Baron-Epel, of the University of Haifa. Results show that group work with parents was particularly successful in changing family lifestyle. Plans are now being considered to extend the program to the nation's kupot holim (healthcare service providers).

Prof. Rudolf says it remains to be seen whether Israeli cities can be as successful as Leeds in tackling the problem of child obesity, but when society invests in early childhood, it gets the best returns for doing so. "If we are going to make a difference we must start at a young age, before the onset of obesity. This can reduce the impact of poor lifestyle later on," concludes Rudolf, who was born in London and worked in Leeds before moving to Israel in 2012. 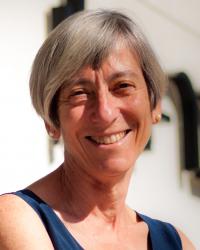