New antibiotic and anti-cancer chemicals may one day be synthesised using biotechnology, following CSIRO's discovery of the three genes that combine to provide soldier beetles with their potent predator defence system.

CSIRO researchers, and a colleague at Sweden's Karolinska Institute, published details of the gene identification breakthrough and potential applications recently in the international journal Nature Communications.

"For the first time, our team has been able to isolate and replicate the three genes that combine to make the potent fatty acid that soldier beetles secrete to ward off predators and infection," said CSIRO Ecosystem Sciences research leader Dr Victoria Haritos.

"This discovery is important because it opens a new way for the unusual fatty acid to be synthesised for potential antibiotic, anti-cancer, or other industrial purposes," Dr Haritos said.

Soldier beetles exude a white viscous fluid from their glands to repel potential attacks from predators, as well as in a wax form to protect against infection.

The team found this fluid contains an exotic fatty acid called dihydromatricaria acid, or DHMA, which is one of a group called polyynes that have known anti-microbial and anti-cancer properties.

While DHMA and similar polyyne fatty acids are found in a wide variety of plants, fungi, liverworts, mosses, marine sponges and algae, these compounds have proved very difficult to manufacture using conventional chemical processes. However, Dr Haritos and her team have developed a way to achieve this.

"We have outlined a method for reproducing these polyyne chemicals in living organisms like yeast, using mild conditions" Dr Haritos said.

Soldier beetles are the only animals reported to contain DHMA. This, together with the observation that the beetles forage on plants (such as daisies) which contain a lot of these types of fatty acids, led to previous incorrect conclusions that the DHMA in soldier beetles was derived from their diet.

"Through our research and the gene differences we have discovered, we now know soldier beetles have evolved this same defensive compound entirely independently of its production in plants and fungi," Dr Haritos said. 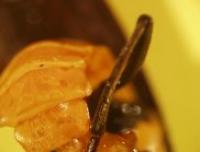