Mark Nicas has given some of his best years to spittle. He builds models – the mathematical kind – of how someone else's slobber ends up on you. The size of the particles, whether they come out in a dry cough or a wet sneeze, their evaporation rate, air speed – these are all complications, reasons why people like Nicas can spend careers piling up academic papers, all the while building up a healthy respect for pathogens.

Nicas, whose day job is at the University of California-Berkeley is one of a team of scientists affiliated with the Center for Advancing Microbial Risk Assessment (CAMRA), funded jointly by the U.S. Department of Homeland Security Science and Technology Directorate (DHS S&T) and the U.S. Environmental Protection Agency (EPA).

"In terms of homeland security, knowing how germs are spread is an important factor in countermeasures for potential biological attacks or pandemics," says Dr. Matthew Clark, Director of DHS S&T's Office of University Programs, who helps fund Nicas' research.

As an interdisciplinary research hub, CAMRA's goal is to help DHS S&T understand the risks associated with certain biological agents, and build a national network beyond the scientific community for sharing those insights.

Statistical predictions about flying saliva may seem like academic caricature. But they have important real-world applications to terrorist biological attacks and deadly diseases like bird flu that can ripple quickly through American cities. Disaster comes from the mouth, warns an ancient Chinese proverb on the dangers of linguistic drivel. But understanding the infectious potential of biological drivel may be the secret to restoring national health in a pandemic.

"When you get on an airplane, it's always best to sit at least three rows from a coughing person," said Nicas. "You don't know what they have."

Nicas used a Department of Homeland Security grant to test his airborne dispersion model for large and small particles in a small laboratory.

He isn't kidding about the airplane advice. It's a version of the three-foot rule—common in infection control circles—which says that transmitting pathogens between people through inhalation typically occurs inside of three feet. Outside that range, large particles carrying most of the pathogens fall out of the air quickly. On airplanes, the risk of infection declines rapidly between rows because of cabin design that circulates air within, not between, rows.

You might wonder if all that time spent thinking about germs might make Nicas obsessive about his own hygiene.

"I have a good sense of the risks," concedes Nicas, "probably more than most people. I try not to shake hands with people who have a cold. I tell my son to wash his hands. But I don't Lysol my counter every 10 minutes."

Funder
US Department of Homeland Security Science and Technology Directorate 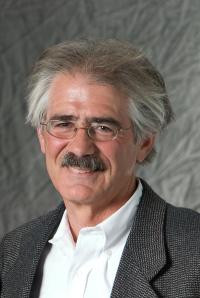