Astronomers have used mysterious fast radio bursts to solve a decades-old mystery of 'missing matter', long predicted to exist in the Universe but never detected--until now.

The researchers have now found all of the missing 'normal' matter in the vast space between stars and galaxies, as detailed today in the journal Nature.

Lead author Associate Professor Jean-Pierre Macquart, from the Curtin University node of the International Centre for Radio Astronomy Research (ICRAR), said astronomers have been searching for the missing matter for almost thirty years.

"We know from measurements of the Big Bang how much matter there was in the beginning of the Universe," he said.

"But when we looked out into the present Universe, we couldn't find half of what should be there. It was a bit of an embarrassment."

"Intergalactic space is very sparse," he said. "The missing matter was equivalent to only one or two atoms in a room the size of an average office."

"So it was very hard to detect this matter using traditional techniques and telescopes."

The researchers were able to directly detect the missing matter using the phenomenon known as fast radio bursts--brief flashes of energy that appear to come from random directions in the sky and last for just milliseconds.

Scientists don't yet know what causes them but it must involve incredible energy, equivalent to the amount released by the Sun in 80 years. They have been difficult to detect as astronomers don't know when and where to look for them.

"The radiation from fast radio bursts gets spread out by the missing matter in the same way that you see the colours of sunlight being separated in a prism," he said.

"We've now been able to measure the distances to enough fast radio bursts to determine the density of the Universe," he said. "We only needed six to find this missing matter."

The missing matter in this case is baryonic or 'normal' matter--like the protons and neutrons that make up stars, planets and you and me.

It's different from dark matter, which remains elusive and accounts for about 85 per cent of the total matter in the Universe.

Co-author Professor J. Xavier Prochaska, from UC Santa Cruz, said we have unsuccessfully searched for this missing matter with our largest telescopes for more than 20 years.

"The discovery of fast radio bursts and their localisation to distant galaxies were the key breakthroughs needed to solve this mystery," he said.

"ASKAP both has a wide field of view, about 60 times the size of the full Moon, and can image in high resolution," he said. "This means that we can catch the bursts with relative ease and then pinpoint locations to their host galaxies with incredible precision.

"When the burst arrives at the telescope, it records a live action replay within a fraction of a second," said Dr Keith Bannister from Australia's national science agency, CSIRO, who designed the pulse capture system used in this research.

"This enables the precision to determine the location of the fast radio burst to the width of a human hair held 200m away," he said.

Associate Professor Macquart said the research team had also pinned down the relationship between how far away a fast radio burst is and how the burst spreads out as it travels through the Universe.

"We've discovered the equivalent of the Hubble-Lemaitre Law for galaxies, only for fast radio bursts," he said.

"The Hubble-Lemaitre Law, which says the more distant a galaxy from us, the faster it is moving away from us, underpins all measurements of galaxies at cosmological distances."

The fast radio bursts used in the study were discovered using ASKAP, which is located at the Murchison Radio-astronomy Observatory in outback Western Australia. The international team involved in the discovery included astronomers from Australia, the United States and Chile.

ASKAP is a precursor for the future Square Kilometre Array (SKA) telescope.

The SKA could observe large numbers of fast radio bursts, giving astronomers greater capability to study the previously invisible structure in the Universe.

'Localized fast radio bursts complete the baryon census of the Universe' published in Nature on May 28th, 2020. 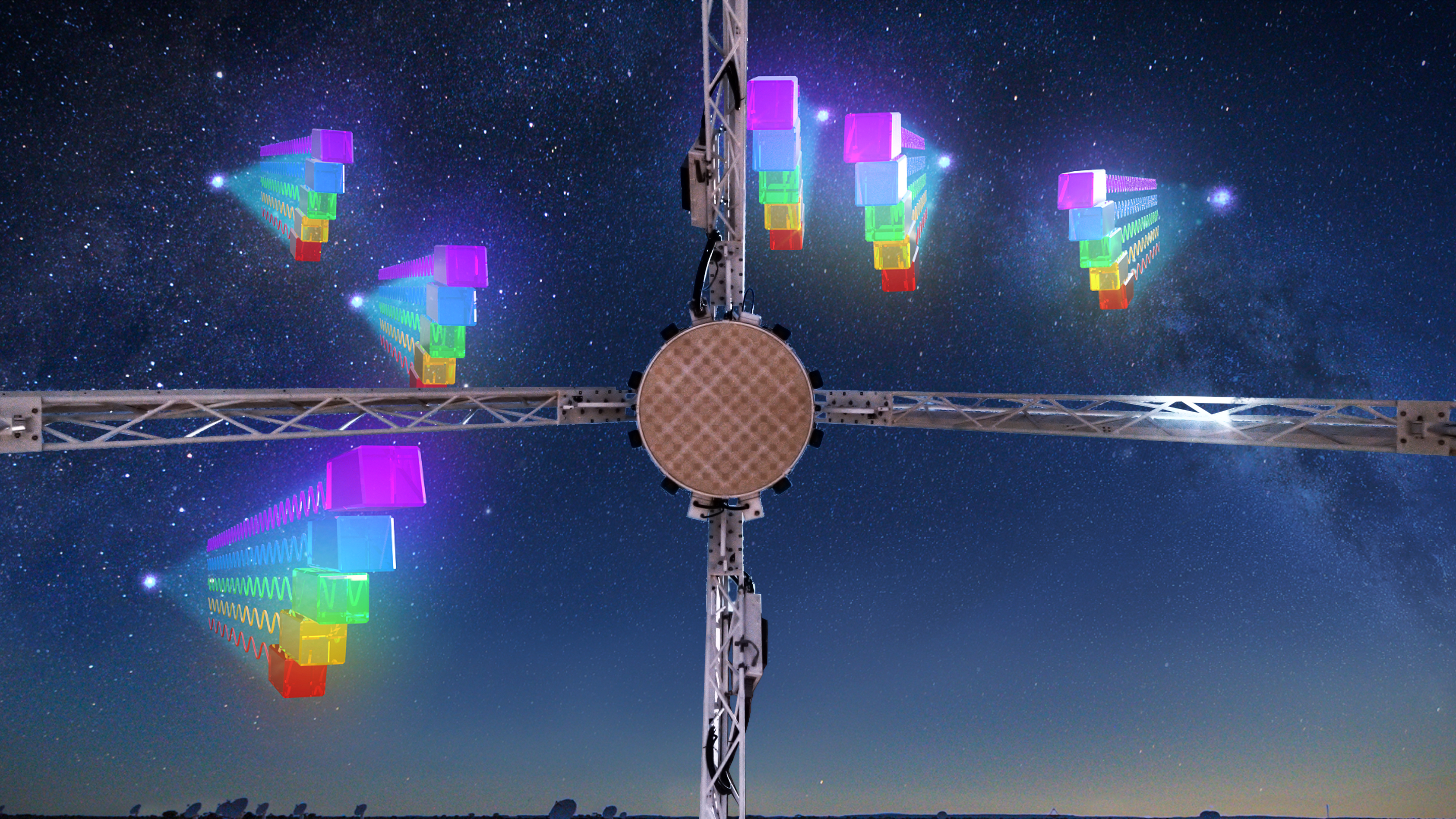 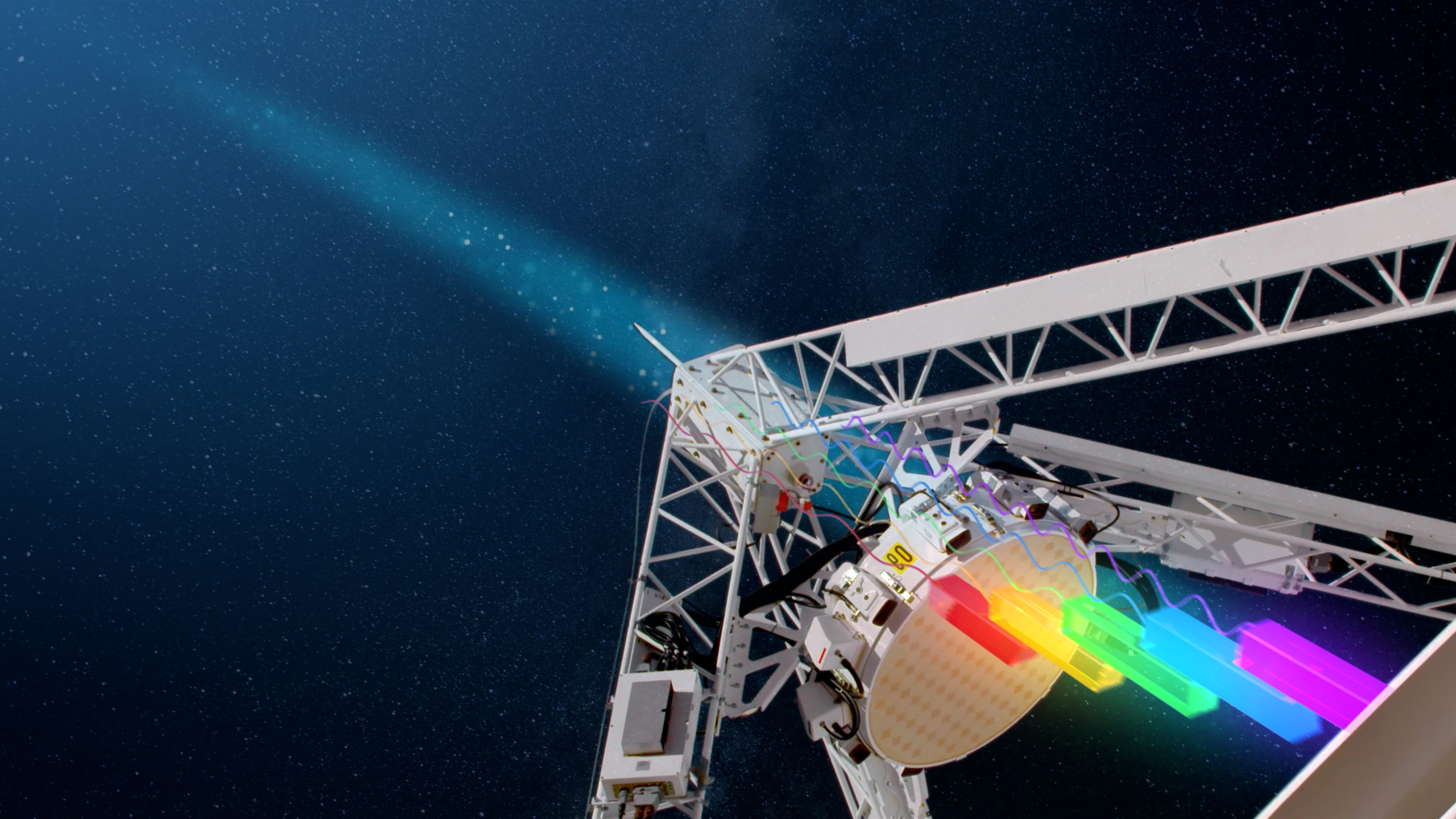