Scientists created a framework to test the predictions of biological optimality theories, including evolution.

Evolution adapts and optimizes organisms to their ecological niche. This could be used to predict how an organism evolves, but how can such predictions be rigorously tested? The Biophysics and Computational Neuroscience group led by professor Gašper Tkačik at the Institute of Science and Technology (IST) Austria has now created a mathematical framework to do exactly that.

Evolutionary adaptation often finds clever solutions to challenges posed by different environments, from how to survive in the dark depths of the oceans to creating intricate organs such as an eye or an ear. But can we mathematically predict these outcomes?

This is the key question that motivates the Tkačik research group. Working at the intersection of biology, physics, and mathematics, they apply theoretical concepts to complex biological systems, or as Tkačik puts it: "We simply want to show that it is sometimes possible to predict change in biological systems, even when dealing with such a complex beast as evolution."

Climbing mountains in many dimensions

In a joint work by the postdoctoral fellow Wiktor M?ynarski and PhD student Michal Hledík, assisted by group alumnus Thomas Sokolowski, who is now working at the Frankfurt Institute for Advanced Studies, the scientists spearheaded an essential advance towards their goal. They developed a statistical framework that uses experimental data from complex biological systems to rigorously test and quantify how well such a system is adapted to its environment. An example of such an adaptation is the design of the eye's retina that optimally collects light to form a sharp image, or the wiring diagram of a worm's nervous system that ensures all the muscles and sensors are connected efficiently, using the least amount of neural wiring.

The established model the scientists base their results on represents adaptation as movement on a landscape with mountains and valleys. The features of an organism determine where it is located on this landscape. As evolution progresses and the organism adapts to its ecological niche, it climbs towards the peak of one of the mountains. Better adaptation results in a better performance in the environment - for example producing more offspring - which in turn is reflected in a higher elevation on this landscape. Therefore, a falcon with its sharp eyesight is located at a higher point than the bird's ancestor whose vision was worse in the same environment.

The new framework by M?ynarski, Hledík, and colleagues allows them to quantify how well the organisms are adapted to their niche. On a two-dimensional landscape with mountains and valleys, calculating the elevation appears trivial, but real biological systems are much more complex. There are many more factors influencing it, which results in landscapes with many more dimensions. Here, intuition breaks down and the researchers need rigorous statistical tools to quantify adaptation and test its predictions against experimental data. This is what the new framework delivers.

IST Austria provides a fertile ground for interdisciplinary collaborations. Wiktor M?ynarski, originally coming from computer science, is interested in applying mathematical concepts to biological systems. "This paper is a synthesis of many of my scientific interests, bringing together different biological systems and conceptual approaches", he describes this most recent study. In his interdisciplinary research, Michal Hledík works with both the Tkačik group and the research group led by Nicholas Barton in the field of evolutionary genetics at IST Austria. Gašper Tkačik himself was inspired to study complex biological systems through the lens of physics by his PhD advisor William Bialek at Princeton University. "There, I learned that the living world is not always messy, complex, and unapproachable by physical theories. In contrast, it can drive completely new developments in applied and fundamental physics," he explains.

"Our legacy should be the ability to point a finger at selected biological systems and predict, from first principles, why these systems are as they are, rather than being limited to describing how they work," Tkačik describes his motivation. Prediction should be possible in a controlled environment, such as with the relatively simple E. coli bacteria growing under optimal conditions. Another avenue for prediction are systems that operate under hard physical limits, which strongly constrain evolution. One example are our eyes that need to convey high-resolution images to the brain while using the minimal amount of energy. Tkačik summarizes, "Theoretically deriving even a bit of an organism's complexity would be the ultimate answer to the 'Why?' question that humans have grappled with throughout the ages. Our recent work creates a tool to approach this question, by building a bridge between mathematics and biology."

Can evolution be predicted? 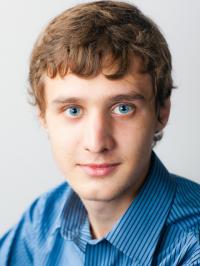 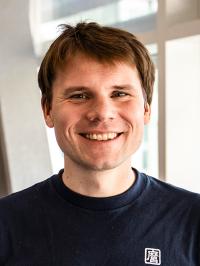