If you need information, the Internet offers a wealth of resources. But if you're hunting down a person or a thing, a computer's not much help. That may soon change. Electronic tags promise to create what some call the "Internet of things," in which objects and people are connected through a virtual network.

To see what this future world would be like, a pilot project involving dozens of volunteers in the University of Washington's computer science building provides the next step in social networking, wirelessly monitoring people and things in a closed environment. Beginning in March, volunteer students, engineers and staff will wear electronic tags on their clothing and belongings to sense their location every five seconds throughout much of the six-story building. The information will be saved to a database, published to Web pages and used in various custom tools. The project is one of the largest experiments looking at wireless tags in a social setting.

The RFID Ecosystem project aims to create a world that many technology experts predict is just on the horizon, said project leader Magda Balazinska, a UW assistant professor of computer science and engineering. The project explores the use of radio-frequency identification, or RFID, tags in a social environment. The team has installed some 200 antennas in the Paul Allen Center for Computer Science and Engineering. Early next month researchers will begin recruiting 50 volunteers from about 400 people who regularly use the building.

"Our goal is to ask what benefits can we get out of this technology and how can we protect people's privacy at the same time," Balazinska said. "We want to get a handle on the issues that would crop up if these systems become a reality."

Many businesses already use RFID tags to track products in the supply chain. Now the tool is moving to other areas. Some transit agencies use radio tags in bus and train passes. The new U.S. passports incorporate RFID tags. Technology experts predict that RFID tags will soon be incorporated in consumer devices, such as cell phones, laptops and music players.

Each tag, which looks a bit like a thin, flexible credit card, costs about 20 cents to produce. A specialized reader can scan the card through any non-metal barrier and from up to 30 feet away, depending on the type of tag. RFID tags are miniature computer chips that contain far more information than a barcode. Also, you can write to an RFID tag—meaning the signal could not only identify the item, but what group it belongs to, when it was last seen, and other information.

The technology has already proven its use in tracking goods. A manufacturer can identify a cart of hamburger patties and know which plant it came from, when it shipped out and a history of its temperature during transit. UW computer-science staff members have already requested to participate in the study so that they will be able to track their equipment as it is moved through the building.

But for people, the technology's power raises questions. An RFID card can be read from a distance and without the wearer's knowledge. The associated databases archive vast amounts of information.

"What if RFID readers were everywhere, and everything had RFID tags" What are the pluses and minuses" What do you do with all that data"" said Gaetano Borriello, a UW professor of computer science and engineering. "In computer science, we try to create a future world that doesn’t exist yet. We’d like to get some experience rather than just conjecture about this."

The researchers received human subjects approval to conduct the trial. Each participant will be able to control who can see his or her data, and can delete any data or opt out of the study at any time without explanation or penalty. Researchers also note that they have not placed any RFID readers near bathrooms or eating areas, because these are considered personal spaces.

Study volunteers will be interviewed periodically. The researchers will be assessing both positive aspects, such as keeping track of everything from where you lost your laptop charger to where your friends are meeting for coffee, and negative aspects in terms of loss of privacy.

"Even if you wanted to study just privacy, or just utility, you'd have to study the other as well," said Evan Welbourne, a UW doctoral student in computer science and engineering. "People are more likely to give out information if there's a benefit to them. You can't really separate issues of privacy from issues of utility."

Research members have been testing the system on themselves. Over the past year, all 10 members of the group have worn the tags on their necks and placed them on certain belongings. Balazinska set the system so that she can't see her students, but she allows them to access her data. The students occasionally used the alerts to catch their adviser on her way out of the building. Many members of the team reported using the database to find out where they had left their belongings.

The pilot study will incorporate two new features, developed by students, that aim to exploit the system's potential benefits. One invention is a tool that records a person's movements in Google Calendar. Study participants can set the system to instantaneously publish activities on their Web calendar, such as arrival at work, meetings or lunch breaks.

"It's a perfect memory system that records all your personal interactions throughout the day," Welbourne said. "You can go back a day later, a month later, and see, ‘What did I do that day"’ or, 'Who have I spent my time with lately"'"

Another tool is a friend finder, named RFIDder (pronounced "fritter"). This sends instant alerts to participants' e-mail addresses or cell phones telling them when friends are in certain places. With RFIDder, each user can specify who is allowed to see his or her data. Users can change the settings at any time, and can easily turn it off whenever they don't want to be found. The system will link to Twitter, an online blog that lets people post their whereabouts online.

"We want to observe how a group of people uses these tools, whether they find them useful, how they adapt them," Balazinska said.

Researchers are also devising ways to deal with the many technical challenges involved in sorting RFID data. As data floods in, the researchers would like to make sense of it. They also want to develop a main database where people can find the information they need, but can't abuse it by looking at too much of other people's personal information. Proposals include systems that would impose a cost for looking up certain types of information, or that would let people see who is accessing their data.

"This is a major project that has many facets," Balazinska said. "We worry that these technologies are being implemented too quickly, and with this system we want to explore it in a controlled environment, to inform the public and policymakers about issues we might face."

The project is funded by the National Science Foundation, Microsoft Research and the UW's College of Engineering.

More information on the RFID Ecosystem is at http://rfid.cs.washington.edu/. 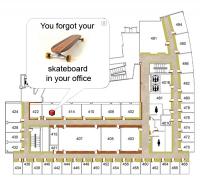 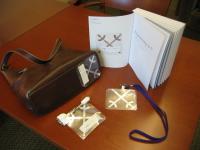