The international scientific team reported the first ever observation of the atomic scale structure of Cooper-pairs in the superconductor Bi2Sr2CaCu2O8+x: a material belonging to the family of high-temperature (High-TC) superconductors bismuth strontium calcium copper oxide, or BSCCO. This detection is a breakthrough in the understanding of the ever elusive high-TC superconductivity phenomena.

Conventional superconductors are not a recent discovery; conversely, they have been in commercial use for a number of decades but the extreme temperatures required, less than -263oC, prove difficult to attain and maintain, as opposed to high-TC superconductors where more manageable temperatures of -196oC are required. Superconductivity occurs under certain temperatures: electrons form pairs and suddenly the electrical resistance drops to zero and the magnetic field inside of the material is repelled.

The international scientific team had to overcome difficulties in creating an extreme environment. The process of detecting electrons is incredibly intricate, even when using advanced modern scientific machinery. Professor Jinho Lee, leader of the project, explains: "Even detecting electrons in atomic resolution using a scanning tunneling microscope (STM) requires extremely low temperatures, low vibrations and a vacuumed environment to prevent any decay in the tip of the microscope or the sample as well as to minimize any electrical noise. Detecting pairs is exponentially more difficult since the normal metal tip can only detect electrons and is unable to probe electron pairs. Naturally one needs to use a sharp, durable superconducting tip which is very challenging to make. Many researchers tried and failed. We solved this arduous problem by creating a superconducting tip in-situ using the same material as the sample. Cooper pairs can be detected due to the Josephson effect between the superconducting tip and sample. By using this Scanning Josephson Tunneling Microscopy, we were able to directly measure Cooper-pairs in atomic resolution for the first time."

Tunneling through barriers and looking toward the future

The team's results, published in Nature, announced the world's first measurement of atomic scale structure of Cooper-pairs. The implications of this discovery might not reverberate for many years in commercial applications of superconductors, but there is no doubt that the team altered the future path of superconductor research. 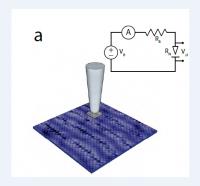 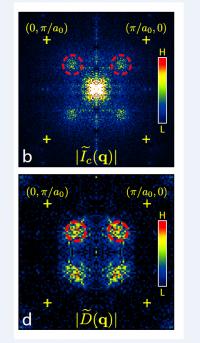