The fossil record helps to predict which kinds of animals are more likely to go extinct. When combined with information about hotspots of human impacts and climate-change predictions, Smithsonian scientists and colleagues pinpoint animal groups and geographic areas of highest concern for marine conservation in the May 1 issue of Science magazine.

"Just as some groups of people are more prone to health problems like diabetes or heart disease, we can tell from the fossil record which groups of animals are naturally more likely to go extinct," said Aaron O'Dea, paleontologist at the Smithsonian Tropical Research Institute. "Our calculations suggest that the animal's geographic range and the group they belong to are the best predictors of extinction risk," said Carl Simpson, coauthor and post-doctoral researcher at the Smithsonian's National Museum of Natural History. The study reveals that marine mammals, sharks and corals are animals that have naturally high risks of extinction.

Plotting this data globally, the study suggests that the Tropical West Atlantic and Tropical West Pacific are at potentially greatest risk to naturally high levels of extinction. Unfortunately these areas are also predicted to experience the fastest rates of climate change and greatest future human impact, such as habitat destruction, overfishing and pollution.

"There is a lot to be refined, but life in tropical seas appears to be naturally prone to extinction and is under increasing stress from human activities," O'Dea said. "It's a daunting combination that suggests the great diversity of tropical seas might need much greater protection than it has previously received."

The Smithsonian Tropical Research Institute, headquartered in Panama City, Panama, is a part of the Smithsonian Institution. The institute furthers the understanding of tropical nature and its importance to human welfare, trains students to conduct research in the tropics and promotes conservation by increasing public awareness of the beauty and importance of tropical ecosystems. Website: http://www.stri.si.edu 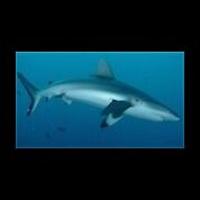