Four early-career journalists from China and India have emerged from the fiercest competition to date to win the 2016 EurekAlert! Fellowships for International Science Reporters.

An independent panel of judges selected Dinsa Sachan, Swagata Yadavar, Boran Zhang, and Cui Zheng from 20 applications, the largest cohort since the Fellowship program began in 2004.

"The 2016 EurekAlert! Fellows truly embody the mission of the Program, which was designed to encourage reporters from emerging economies who are making great strides in science journalism, changing the media landscape, and serving society," said Brian Lin, director of editorial content strategy at EurekAlert!, an editorially independent, online science news service operated by the American Association for the Advancement of Science (AAAS).

For Zhang, a writer for the Chinese science news website Guokr.com, science reporting is personal. He began writing four years ago "as a form of therapy" after his Ph.D. training in paleobiogeography at University of California, Berkeley was interrupted by a bout of depression.

Winning the Fellowship has validated his career choice. "For a long time after [recovering from] depression, I was not sure I could do anything valuable," he said. "Maybe [now] I will finally admit to myself that I can do this, I can do a good job."

Cui Zheng has covered environmental policy, genetically modified organisms, and scientific breakthroughs for Caixin Media from Beijing, China. She is looking forward to presentations on CRISPR - a controversial gene editing technique - and to learning "how the new media platform would influence approaches to engaging a public audience on scientific topics."

This is the 7th year the Fellowship program has designated China as a feature country and many Fellowship alumni are now senior journalists and editors.

"Over the years, we've seen dramatic changes in science journalism in China through the lens of our Fellows," said Joy Ma, editorial content manager for EurekAlert! Chinese. "This year, we received a large number of applications from reporters working in online or 'new media' outlets, which are thriving on the availability of new technology and social media."

For the second year, EurekAlert! Fellowships will be awarded to journalists from India.

Swagata Yadavar of Mumbai is a health correspondent for THE WEEK, a major English weekly news magazine in India. She has tackled local health issues such as drug-resistant tuberculosis, forced female feticide, and insurance scams leading to unindicated hysterectomies on illiterate rural women. "For the first time, I would not have to rely on agencies and news wires to know about path-breaking research, but would be able to witness it myself when leading researchers from all over the world present their papers," Yadavar said.

The 2016 Annual Meeting's theme of Global Science Engagement is of special interest to Dinsa Sachan, a New Delhi-based freelancer who covers the intersection of science and society. "[It is] a great platform for me to explore questions such as these: How can technological solutions focusing on healthcare and environment secure immediate funding and become mainstream quickly? How can innovators in developing countries make these enterprises sustainable?"

Established in 2004 with a seed grant from the William T. Golden Endowment Fund for Program Innovation and sponsored by EurekAlert!, the AAAS-operated science-news service, the EurekAlert! Fellowships for International Science Reporters support early-career science reporters from emerging economies by providing them with opportunities to cover the latest research and network with peers from around the world at AAAS Annual Meetings.

Applicants must have five years or less of professional science journalism experience, meet EurekAlert!'s longstanding reporter-registrant eligibility criteria, and submit a complete application including published writing samples, a letter of recommendation, and an original essay.

Past fellows have represented the Middle East, Africa, Central and South America, and China. For more information about the 2016 Fellowship winners or to find their meeting coverage, visit: http://www.eurekalert.org/fellows.

Biography of 2016 Fellows (in alphabetical order)

Dinsa Sachan is a New Delhi-based freelance science journalist. Her articles have appeared in Scientific American Mind, Discover, Science online, and Nature.com. She has been a recipient of the prestigious Ocean Science Journalism Fellowship at Woods Hole Oceanographic Institute, and the Science Journalism Fellowship at the Falling Walls conference in Berlin. She has also worked as a full-time reporter with Down to Earth, one of India's leading science and environment fortnightly magazines. She covered three international science conferences last year: the EuroScience Open Forum in Denmark, HIV Research for Prevention in South Africa, and Falling Walls in Germany. Her main focus these days is to cover "interesting stories at the intersection of science and culture."

Swagata Yadavar has been a health correspondent at the Mumbai bureau of THE WEEK for four years. She has covered various subjects in health and medicine. Some of the stories she has worked on include: emergence of drug resistance tuberculosis in Mumbai, connivance of doctors in female feticide by conducting sex determination and termination in rural Maharashtra, investigation of insurance scams by private doctors who conducted un-indicated hysterectomies on illiterate rural women in Bihar and Rajasthan, and the dangerous effects of meow meow (or mephedrone drug) on youth in Mumbai, where it was freely available. She has also won the Laadli Media Award for Gender Sensitivity 2013 and the Mumbai Press Club's National Red Ink Award for Health Writing in 2014.

Boran Zhang is a writer for Chinese science news website Guokr.com. Born in the coastal city of Yantai in eastern China to parents who are both history professors, Zhang were interested in a lot of things without committing to any, until he found Darwin, Dawkins, and Gould - and their ability to combine sound science with excellent writing - while attending Peking University. After a battle with depression interrupted his Ph.D. studies at UC Berkeley, he returned to China but never left science. As a science writer, he has interviewed many scientists, including Stephen Wolfram, George Schaller, and Birut? Galdikas; he has also written many articles about all things related to evolution, and "occasionally something else."

Cui Zheng joined Caixin Media in 2011 and has been covering environmental and science issues since then. In the past year, on Caixin's weekly magazine and website, she published a series of stories on China's environment management policy, important scientific breakthroughs in China and from around the world, China's GMO policies and ongoing debates, and more. One of her most recent works, a feature story about CONVERGE - a large-scale genome research project in China aimed at finding genes related to depression - was selected as a cover story for Caixin Weekly and gained positive feedback. Prior to her current position, she worked as a researcher at The Guardian's Beijing Office. She holds a Master's degree in journalism and a Bachelor's in mechanical engineering.

Malathy Iyer is a senior editor (health) with The Times of India, Mumbai, with over 20 years of experience. When not chasing the big outbreaks of bird flu and swine flu or tracking the emergence of total drug-resistant tuberculosis, she focuses on issues of urban health care systems and women and children with special needs.

Xiong Lei is a senior journalist, author, and translator based in China. Formerly Executive Director of China Features, a syndicate with Xinhua News Agency providing text and photo essays about China to media clients around the world, she has been teaching journalism as a guest professor at Beijing Foreign Studies University, Tsinghua University, and Renmin University of China since her retirement in 2006. Xiong has co-authored and translated a number of publications, including Portraits of Ordinary Chinese (Foreign Language Press, 1992), The Last Paradise (China Intercontinental Press, 2008), China Ink: Changing Face of Chinese Journalism (Rowman & Littlefield Publishers, 2008), and China Insight (Environmental Science Press, 2009). She also serves as a media consultant with the Global Environmental Institute, a Beijing-based Chinese non-profit and non-governmental think tank.

On the Fellowship, Prof. Tai said: Science reporting has been playing an increasingly prominent role in the lives of ordinary Chinese citizens. As standards of life continuously improve, people are developing intense interest in a variety of issues that are intimately related to their everyday life, such as food safety, environment, medicine, and high-tech . . . In the past few years in my capacity as a judge, I have noticed a steady increase in the quality of the submitted works as manifested in both the breath of topics as well as the depth of coverage of scientific matters. I am especially impressed by the credentials in the pool of candidates this year, and am happy to see that the majority of the reporters are very early in their career paths."

Roy Wadia is a Regional Communications Adviser for United Nations Population Fund (UNFPA) Asia-Pacific. Formerly, spent 12 years as Executive Producer at CNN International, then joined WHO as a Communications Officer and Spokesman in its China office. He subsequently worked for the British Columbia Centre for Disease Control in Vancouver, Canada as its Director of Communications before returning to Bombay where he was appointed Executive Director of Heroes Project, an HIV/AIDS-focused NGO. Roy holds a BA, an MBA and an MA. 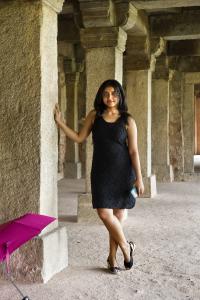 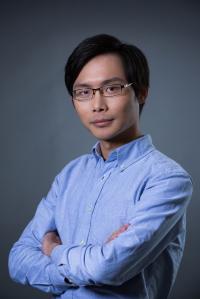