"Ozone depletion is a well-known phenomenon and, thanks to the success of the Montreal Protocol, is widely perceived as a problem solved," says University of East Anglia's David Oram. But an international team of researchers, led by Oram, has now found an unexpected, growing danger to the ozone layer from substances not regulated by the treaty. The study is published today in Atmospheric Chemistry and Physics, a journal of the European Geosciences Union.

Thirty years ago, the Montreal Protocol was agreed to phase-out chemicals destroying the ozone layer, the UV-radiation shield in the Earth's stratosphere. The treaty has helped the layer begin the slow process of healing, lessening the impact to human health from increased exposure to damaging solar radiation. But increasing emissions of ozone-destroying substances that are not regulated by the Montreal Protocol are threatening to affect the recovery of the layer, according to the new research.

The substances in question were not considered damaging before as they were "generally thought to be too short-lived to reach the stratosphere in large quantities," explains Oram, a research fellow of the UK's National Centre for Atmospheric Science. The new Atmospheric Chemistry and Physics study raises the alarm over fast-increasing emissions of some of these very short-lived chemicals in East Asia, and shows how they can be carried up into the stratosphere and deplete the ozone layer.

Emissions of ozone-depleting chemicals in places like China are especially damaging because of cold-air surges in East Asia that can quickly carry industrial pollution into the tropics. "It is here that air is most likely to be uplifted into the stratosphere," says co-author Matt Ashfold, a researcher at the University of Nottingham Malaysia Campus. This means the chemicals can reach the ozone layer before they are degraded and while they can still cause damage.

One of the new threats is dichloromethane, a substance with uses varying from paint stripping to agricultural fumigation and the production of pharmaceuticals. The amount of this substance in the atmosphere decreased in the 1990s and early 2000s, but over the past decade dichloromethane became approximately 60% more abundant. "This was a major surprise to the scientific community and we were keen to discover the cause of this sudden increase," says Oram.

"We expected that the new emissions could be coming from the developing world, where industrialisation has been increasing rapidly," he says. The team set out to measure air pollution in East Asia to figure out where the increase in dichloromethane was coming from and if it could affect the ozone layer.

"Our estimates suggest that China may be responsible for around 50-60% of current global emissions [of dichloromethane], with other Asian countries, including India, likely to be significant emitters as well," says Oram.

The scientists collected air samples on the ground in Malaysia and Taiwan, in the region of the South China Sea, between 2012 and 2014, and shipped them back to the UK for analysis. They routinely monitor around 50 ozone-depleting chemicals in the atmosphere, some of which are now in decline as a direct consequence of the Montreal Protocol.

Dichloromethane was found in large amounts, and so was 1,2-dichloroethane, an ozone-depleting substance used to make PVC. China is the largest producer of PVC, which is used in many construction materials, and its production in the country has increased rapidly in the past couple of decades. But the rise in dichloroethane emissions was unexpected and surprising because the chemical is both a "valuable commodity" and "highly toxic", says Oram. "One would expect that care would be taken not to release [dichloroethane] into the atmosphere."

Data collected from a passenger aircraft that flew over Southeast Asia between December 2012 and January 2014 showed that the substances weren't only present at ground level. "We found that elevated concentrations of these same chemicals were present at altitudes of 12 km over tropical regions, many thousands of kilometres away from their likely source, and in a region where air is known to be transferred into the stratosphere," says Oram.

If the chemicals that were now discovered in unexpectedly large amounts can reach the ozone layer in significant quantities, they can cause damage. "We are highlighting a gap in the Montreal Protocol that may need to be addressed in the future, particularly if atmospheric concentrations continue to rise," Oram concludes.

Please mention the name of the publication (Atmospheric Chemistry and Physics) if reporting on this story and, if reporting online, include a link to the paper or to the journal website. 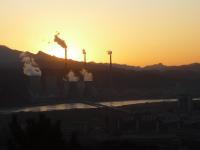 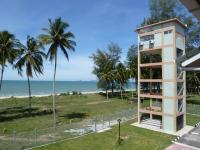