Cancers gain and lose large sections of chromosomes in some of their cells but not in others, a process that may indicate ongoing evolution and selection for preferred traits, report a team of researchers led by the Max Delbrück Center for Molecular Medicine in the Helmholtz Association (MDC), The Francis Crick Institute and the University College London. The finding, published in the journal Nature, was prevalent in 22 tumor types, including breast cancer, colorectal cancer and lung cancer.

“The amount of ongoing structural evolution of these cancer genomes is way higher than we originally anticipated, and higher than the community usually suggests,” says Dr. Roland Schwarz, head of MDC’s Evolutionary and Cancer Genomics Group and one of the paper’s senior authors.

The variation seems to favor gaining or making more copies of large chromosome sections containing genes that benefit cancer cells, and losing sections with genes that would work to suppress the tumor. “Which makes sense, but this was never shown before that this happens on an ongoing basis across so many tumor types,” Schwarz says.

Schwarz and first paper author Tom Watkins, a Ph.D. student at The Francis Crick Institute whom Schwarz co-supervises, have worked together for the past five years to develop a method that could help clarify these large-scale mutations in much greater detail. These changes, called somatic copy number alterations, can include full chromosome arms or even whole chromosomes, far bigger than “point” mutations in single genes. Specifically, they wanted to know if a change is on the maternal copy of a chromosome, or the paternal copy, or both, and the order in which changes occurred.

Using a novel algorithm called “refphase” and statistical analysis, they were able to achieve this fine haplotype level of detail. Together with colleagues, they applied the approach to 1,421 samples from 394 tumors representing 22 tumor types. Critically, these samples were taken from at least two different parts of the tumor, which enabled the researchers to compare differences across regions.

“These datasets are still quite rare, so I was excited to work on the largest pan-cancer collection of multi-region data,” says Marina Petkovic, a Ph.D. student in Schwarz’s lab, which is part of the MDC’s Berlin Institute for Medical Systems Biology (BIMSB), and a second author on the paper.

They found a large variety in chromosomal gains and losses between cells taken from different parts of the tumors. This high level of variation was found in all the tumor types analyzed.

The team often found that in one part of the tumor, a gain or loss was only on the maternal copy of the chromosome, but in the other part of the tumor, the gain or loss was only on the paternal copy. This phenomenon, which Schwarz and colleagues first named in a 2017 study, is called “mirrored subclonal allele imbalance” (MSAI). “These MSAI events are present in many tumor types, we find them everywhere,” Schwarz says.

These imbalances could possibly indicate separate evolutionary events happening in parallel, which would suggest selection. Further investigation is required to better understand if the chromosome segments being gained or lost are indeed helpful for the tumor, or random. But one thing is for sure, the finding provides strong evidence that cancer continually remodels its genome on a large scale, which is also called chromosomal instability.

It addresses an ongoing debate in the cancer genomics field. Some argue there is a rash of evolutionary changes at the beginning of a tumor’s life, but then the genome remains relatively stable. Others, including Schwarz and his colleagues, suspect these changes are ongoing throughout the cancer’s life. “Our approach provides substantial evidence for ongoing chromosomal instability at a level of detail that was previously impossible,” Schwarz says.

Schwarz and his team are currently beta-testing their algorithm for public release as an R package, an open-access software for data analysis. This will enable others in the field to use their technique.

The Max Delbrück Center for Molecular Medicine in the Helmholtz Association (MDC) was founded in Berlin in 1992. It is named for the German-American physicist Max Delbrück, who was awarded the 1969 Nobel Prize in Physiology and Medicine. The MDC's mission is to study molecular mechanisms in order to understand the origins of disease and thus be able to diagnose, prevent and fight it better and more effectively. In these efforts the MDC cooperates with the Charité - Universitätsmedizin Berlin and the Berlin Institute of Health (BIH ) as well as with national partners such as the German Center for Cardiovascular Research and numerous international research institutions. More than 1,600 staff and guests from nearly 60 countries work at the MDC, just under 1,300 of them in scientific research. The MDC is funded by the German Federal Ministry of Education and Research (90 percent) and the State of Berlin (10 percent), and is a member of the Helmholtz Association of German Research Centers. www.mdc-berlin.de 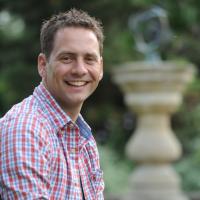