One of the most successful strategies in pest control is to endow crop plants with genes from the bacterium Bacillus thuringiensis, or Bt for short, which code for proteins that kill pests attempting to eat them.

But insect pests are evolving resistance to Bt toxins, which threatens the continued success of this approach. In the current issue of Nature Biotechnology, a research team led by UA Professor Bruce Tabashnik reports the discovery that a small modification of the toxins' structure overcomes the defenses of some major pests that are resistant to the natural, unmodified Bt toxins.

“A given Bt toxin only kills certain insects that have the right receptors in their gut,” explained Tabashnik, head of the UA’s entomology department in the College of Agriculture and Life Sciences. “This is one reason why Bt toxins are an environmentally friendly way to control pests,” he said. “They don’t kill indiscriminately. Bt cotton, for example, will not kill bees, lady bugs, and other beneficial insects.”

Unlike conventional broad-spectrum insecticides, Bt toxins kill only a narrow range of species because their potency is determined by a highly specific binding interaction with receptors on the surface of the insects’ gut cells, similar to a key that only fits a certain lock.

“If you change the lock, it won’t work,” Tabashnik said. “Insects adapt through evolutionary change. Naturally occurring mutations are out there in the insect populations, and those individuals that carry genes that make them resistant to the Bt toxins have a selective advantage.” The more a toxin is used, the more likely it is pests will adapt. Bt toxins have been used in sprays for decades. Crops that make Bt toxins were commercialized 15 years ago and covered more than 140 million acres worldwide in 2010, according to Tabashnik.

In a joint effort with Alejandra Bravo and Mario Soberón at the Universidad Nacional Autónoma de México (UNAM), Tabashnik’s team set out to better understand how Bt toxins work and to develop countermeasures to control resistant pests.

“Our collaborators developed detailed models about each step at the molecular level,” Tabashnik said, “what receptors the toxins bind to, which enzymes they interact with and so on.”

The findings from UNAM and UA considered together implied that in resistant strains of the pest, naturally occurring genetic mutations changed the lock -- the cadherin receptor -- so that Bt toxin – the key – no longer fits. As a result, the trimming does not occur, the whole chain of events is stopped in its tracks, and the insects survive.

Said Tabashnik: “So our collaborators in Mexico asked, ‘Why don’t we trim the toxin ourselves, by using genetic engineering to create modified Bt toxins that no longer need the intact cadherin receptor to kill the pests?’”

In initial tests, the researchers found that the modified toxins killed caterpillars of the tobacco hornworm, Manduca sexta, in which production of cadherin was blocked by a technique called RNA interference. The modified toxins also killed resistant pink bollworm caterpillars carrying mutations that altered their cadherin.

“Those experiments led us to hypothesize that any insect carrying a mutant cadherin receptor as a mechanism of resistance would be killed by the modified Bt toxins,” Tabashnik said.

To find out, the team invited colleagues from all over the world to participate in an ambitious experiment. “We sent them native and modified toxins without telling them which was which and asked them to test both types of toxins against the resistant strains they have in their labs,” Tabashnik said.

It turned out things are more complicated than the hypothesis predicted. The modified toxins did not always work on insects with cadherin mutations, and they worked surprisingly well against some insects whose resistance was not caused by a cadherin mutation.

“We still don’t know why the modified toxins were so effective against some resistant strains and not others” Tabashnik said. “The take-home message is we need to look at this on a case-by-case basis.”

Tabashnik pointed out that “based on the lab results, we think the modified Bt toxins could be useful, but we won’t know until they're tested in the field.” He said the results are promising enough that Pioneer, a major agriculture and biotechnology company, made a significant investment to pursue the technology.

Through the UA’s Office of Technology Transfer, the UA's stake in the technology has been licensed to UNAM, which in turn selected Pioneer as their commercial partner in exploring its potential for commercialization.

“At the very least, we've learned more about the pests and their interactions with Bt toxins, ” Tabashnik said. “In a best-case scenario, this could help growers sustain environmentally friendly pest control.”

In addition to Tabashnik, Bravo and Soberón, the following co-authors have contributed to this study: Fangneng Huang, B. Rogers Leonard and Mukti Ghimire at Louisiana State University Agricultural Center in Baton Rouge, La.; Blair Siegfried and Murugesan Rangasamy at the University of Nebraska in Lincoln, Neb.; Yajun Yang and Yidong Wu at Nanjing Agricultural University in Nanjing, China; Linda Gahan at Clemson University in Clemson, S.C.; David Heckel at the Max Planck Institute for Chemical Ecology in Jena, Germany.

The report, "Efficacy of genetically modified Bt toxins against insects with different genetic mechanisms of resistance," will be published as an advance online publication on Nature Biotechnology's website on Oct. 9, 2011.

The DOI for the paper will be 10.1038/10.1038/nbt.1988. Once the paper is published electronically, the DOI can be used to retrieve the abstract and full text (abstracts are available to everyone, full text only to subscribers) by adding it to the following URL: http://dx.doi.org/ 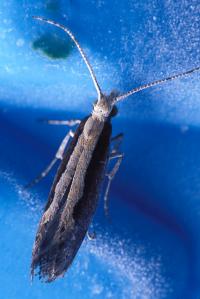 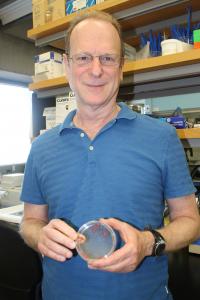