The lockdowns that resulted from the COVID-19 pandemic have reduced greenhouse gas emissions. However, in the recovery phase, emissions could rise to levels above those projected before the pandemic. It all depends on how the stimulus money that governments inject into their economies is spent. A team of scientists, led by Dr Yuli Shan and Professor Klaus Hubacek from the University of Groningen, has quantified how different recovery scenarios may affect global emissions and climate change. Their results were published in Nature Climate Change on 22 December. Hubacek: 'A crisis is a terrible thing to waste.'

The worldwide recession caused by the coronavirus has had a profound impact on greenhouse gas emissions that is likely to continue in the coming years. 'The decline in 2020 might bring us back to the levels of 2006-2007', says Yuli Shan, an environmental scientist at the University of Groningen and first author of the paper. The CO2 emissions from industrial sectors over the course of 2020 to 2024 might be 3.9 to 5.6 per cent lower than the emissions that were expected if there had not been a pandemic. 'This drop in emissions will help us to achieve the goals that were set by the Paris Climate Agreement, although it is not yet enough.' However, countries are now developing stimulus packages to boost their economies and that will affect emissions.

Shan and his colleagues from the Netherlands, the UK and China used a recently developed economic impact model to calculate the direct and indirect effects from the lockdowns, but also the effects of stimuli in different scenarios. These calculations were performed for economies in 41 countries, representing some 90 per cent of the global economy. 'We did this for entire global supply chains,' explains Shan. 'For example, if China has to stop producing certain goods, this could also impact production in the US or in Europe.'

The calculations were performed for allocation of the stimuli to five different economic categories (construction, manufacturing, service sector, health sector and households) and for different policy aims. 'These vary in the amount of carbon emissions that they will produce,' explains Shan. The results of the different scenarios were then quantified in terms of greenhouse gas emissions.

'The models show that without structural change, we will see a V-shaped response,' says Hubacek. In that case, the emissions will quickly increase to pre-crisis levels and perhaps even exceed those levels. 'Our results show how far apart the different scenarios can bring us.' Emissions could drop by 6.6 gigatons of carbon (-4.7 per cent) or increase by 23.2 gigatons (+12.1 per cent). 'There is plenty of room to go the wrong way,' says Hubacek. 'And a crisis is a terrible thing to waste.'

Stimulus packages should target innovations, support the energy transition and help households to invest in the adoption of renewable energy. 'Spending this money to bail out carbon-intensive sectors such as airlines is heading in the wrong direction. It is much better to improve public transport and railways.' Hubacek's message is that the COVID-19 crisis has made a big dent in greenhouse gas emissions and that we should use this for our benefit. 'This crisis is awful, but it is also a wake-up call for action against climate change. We are now in a position to really do something about it.'

However, there is also a big risk: governments must borrow billions for the stimulus packages. The increases in national debts leave little space for further investments in the next few decades. 'So, if we do not invest in low-carbon alternatives now, it will not happen for a long time.' This would mean that greenhouse gas emissions could increase beyond what was predicted before the pandemic.

'Our next project is to study the EU economy in greater detail, but still embedded in the global model. So, we will look at entire production chains.' Hubacek hopes that governments will make the right choices. 'At the moment, it can go either way: we can increase global warming or slow it down substantially.'

The corona crisis has brought the world's economies to a standstill. This reduced the amount of greenhouse gas emissions that were produced by power plants, the industry, transport, etc. Lower greenhouse gas emissions lead to less global warming. However, governments are currently spending a huge amount of money on stimulating the economy. Environmental scientists and economists have now shown how important it is where governments target their stimulus money. Investing in renewables and public transport would slow down global warming but investing in parts of the economy that rely on fossil fuels could make it much worse. 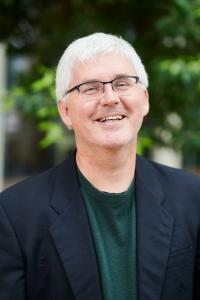