A new University of British Columbia study finds that our brains are much more active when we daydream than previously thought.

The study, published in the Proceedings of the National Academy of Sciences, finds that activity in numerous brain regions increases when our minds wander. It also finds that brain areas associated with complex problem-solving – previously thought to go dormant when we daydream – are in fact highly active during these episodes.

"Mind wandering is typically associated with negative things like laziness or inattentiveness," says lead author, Prof. Kalina Christoff, UBC Dept. of Psychology. "But this study shows our brains are very active when we daydream – much more active than when we focus on routine tasks."

For the study, subjects were placed inside an fMRI scanner, where they performed the simple routine task of pushing a button when numbers appear on a screen. The researchers tracked subjects' attentiveness moment-to-moment through brain scans, subjective reports from subjects and by tracking their performance on the task.

The findings suggest that daydreaming – which can occupy as much as one third of our waking lives – is an important cognitive state where we may unconsciously turn our attention from immediate tasks to sort through important problems in our lives.

Until now, the brain's "default network" – which is linked to easy, routine mental activity and includes the medial prefrontal cortex (PFC), the posterior cingulate cortex and the temporoparietal junction – was the only part of the brain thought to be active when our minds wander.

However, the study finds that the brain's "executive network" – associated with high-level, complex problem-solving and including the lateral PFC and the dorsal anterior cingulate cortex – also becomes activated when we daydream.

"This is a surprising finding, that these two brain networks are activated in parallel," says Christoff. "Until now, scientists have thought they operated on an either-or basis – when one was activated, the other was thought to be dormant." The less subjects were aware that their mind was wandering, the more both networks were activated.

The quantity and quality of brain activity suggests that people struggling to solve complicated problems might be better off switching to a simpler task and letting their mind wander.

"When you daydream, you may not be achieving your immediate goal – say reading a book or paying attention in class – but your mind may be taking that time to address more important questions in your life, such as advancing your career or personal relationships," says Christoff.

The research team included members who are now at Stanford University and University of California, Santa Barbara.

Download photos of Christoff, fMRI scans and the experiment at: www.publicaffairs.ubc.ca/download.

For information on Christoff or UBC's Cognitive Neuroscience of Thought Laboratory: www.christofflab.ca.

Brain's problem-solving function at work when we daydream 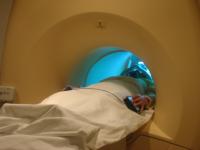