On July 16 at 2:05 UTC (July 15 at 10:05 p.m. EDT) the MODIS instrument aboard NASA's Terra satellite captured a visible image of Typhoon Nangka affecting southeastern Japan. The MODIS image showed that Nangka maintained its eye and that eye was surrounded by thick, spiraling bands of thunderstorms out to about 150 nautical miles from the center making the storm over 300 nautical miles wide.

Nangka is moving north and is approaching a landfall in mainland Japan. The storm is expected to move north over Japan and rapidly weaken as it veers northeast. 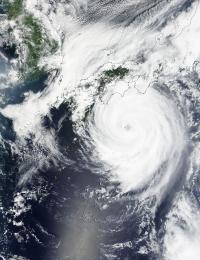 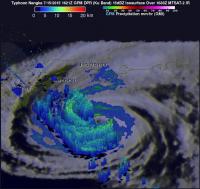