New insight on how zebrafish achieve near-optimal foraging efficiency and fairness among groups has been published today in the open-access journal eLife.

The findings, based on analysis of the joint swimming patterns of individual zebrafish and groups, and detailed mathematical models of their behaviour, suggest that specialised social interactions allow the animals to forage efficiently and result in more equal distribution of food among group members.

Living in a group has clear benefits, including the sharing of responsibilities and resources. Understanding the interactions among individuals that give rise to group behaviour is therefore central to studying and analysing collective behaviour in animal groups and other biological systems.

"In real-world situations, animals are likely to encounter several food sources or threats, where maintaining a tight group may not be beneficial for all group members," explains lead author Roy Harpaz, who was a PhD student at the Weizmann Institute of Science, Israel, at the time the study was carried out, and is now Postdoctoral Fellow at Harvard University, Cambridge, US. "Indeed, schooling and shoaling species have been shown to disperse when confronted with distributed resources. We aimed to characterise group foraging in complex environments and map the functional interactions among group members."

Harpaz and his PhD advisor, Elad Schneidman of the Weizmann Institute, studied free foraging by groups of adult zebrafish in an open arena. They tracked the foraging behaviours of single adult zebrafish and of groups of three or six fish in a large circular arena with shallow water, where small food flakes were scattered on the surface. Tracking these activities revealed that fish picked up on their shoal mates' swimming maneuvers which indicated the presence of food, and responded by swimming to these locations.

The team then compared the predictive power of a family of mathematical models, based on inferred functional and social interactions between zebrafish. The model which accurately described individual and group foraging behaviours suggests that the interactions among fish allow them to combine individual and social information to achieve near-optimal foraging efficiency and promote more equal food intake within groups.

"Of the different social models we tested, only the one based on the social interactions we inferred from observing real fish results in improved efficiency and equality," Harpaz says. "Also, our model shows that the interactions that would maximise efficiency in these social foraging models depend on group size, but not necessarily on food distribution. We therefore hypothesise that fish adaptively pick the subgroup of neighbours they 'listen to' to determine their own behaviour."

"Building accurate models of individual behaviour of groups of fish allowed us to infer the details of effective social interactions among them and reveal a highly efficient and robust foraging strategy," concludes senior author Elad Schneidman. "This work is an example of the power of using detailed analyses of individuals in real groups to build data-driven models of social interactions, and of using these models to link the actions of individual animals to the collective behaviour of a group."

The paper 'Social interactions drive efficient foraging and income equality in groups of fish' can be freely accessed online at https://doi.org/10.7554/eLife.56196. Contents, including text, figures and data, are free to reuse under a CC BY 4.0 license.

eLife is a non-profit organisation created by funders and led by researchers. Our mission is to accelerate discovery by operating a platform for research communication that encourages and recognises the most responsible behaviours. We work across three major areas: publishing, technology and research culture. We aim to publish work of the highest standards and importance in all areas of biology and medicine, including Computational and Systems Biology and the Physics of Living Systems, while exploring creative new ways to improve how research is assessed and published. We also invest in open-source technology innovation to modernise the infrastructure for science publishing and improve online tools for sharing, using and interacting with new results. eLife receives financial support and strategic guidance from the Howard Hughes Medical Institute, the Knut and Alice Wallenberg Foundation, the Max Planck Society and Wellcome. Learn more at https://elifesciences.org/about.

And for the latest in the Physics of Living Systems, see https://elifesciences.org/subjects/physics-living-systems. 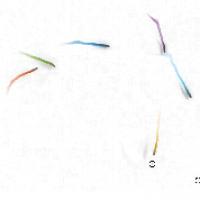