TEMPE, Ariz. – By understanding the secret of how lizards regenerate their tails, researchers may be able to develop ways to stimulate the regeneration of limbs in humans. Now, a team of researchers from Arizona State University is one step closer to solving that mystery. The scientists have discovered the genetic "recipe" for lizard tail regeneration, which may come down to using genetic ingredients in just the right mixture and amounts.

An interdisciplinary team of scientists used next-generation molecular and computer analysis tools to examine the genes turned on in tail regeneration. The team studied the regenerating tail of the green anole lizard (Anolis carolinensis), which when caught by a predator, can lose its tail and then grow it back.

The findings are published today in the journal PLOS ONE.

"Lizards basically share the same toolbox of genes as humans," said lead author Kenro Kusumi, professor in ASU's School of Life Sciences and associate dean in the College of Liberal Arts and Sciences. "Lizards are the most closely-related animals to humans that can regenerate entire appendages. We discovered that they turn on at least 326 genes in specific regions of the regenerating tail, including genes involved in embryonic development, response to hormonal signals and wound healing."

Other animals, such as salamanders, frog tadpoles and fish, can also regenerate their tails, with growth mostly at the tip. During tail regeneration, they all turn on genes in what is called the 'Wnt pathway' — a process that is required to control stem cells in many organs such as the brain, hair follicles and blood vessels. However, lizards have a unique pattern of tissue growth that is distributed throughout the tail.

"Regeneration is not an instant process," said Elizabeth Hutchins, a graduate student in ASU's molecular and cellular biology program and co-author of the paper. "In fact, it takes lizards more than 60 days to regenerate a functional tail. Lizards form a complex regenerating structure with cells growing into tissues at a number of sites along the tail."

"We have identified one type of cell that is important for tissue regeneration," said Jeanne Wilson-Rawls, co-author and associate professor with ASU's School of Life Sciences. "Just like in mice and humans, lizards have satellite cells that can grow and develop into skeletal muscle and other tissues."

"Using next-generation technologies to sequence all the genes expressed during regeneration, we have unlocked the mystery of what genes are needed to regrow the lizard tail," said Kusumi. "By following the genetic recipe for regeneration that is found in lizards, and then harnessing those same genes in human cells, it may be possible to regrow new cartilage, muscle or even spinal cord in the future."

The researchers hope their findings will help lead to discoveries of new therapeutic approaches to spinal cord injuries, repairing birth defects, and treating diseases such as arthritis.

The research team included Kusumi, Hutchins, Wilson-Rawls, Alan Rawls, and Dale DeNardo from ASU School of Life Sciences, Rebecca Fisher from ASU School of Life Sciences and the University of Arizona College of Medicine Phoenix, Matthew Huentelman from the Translational Genomic Research Institute, and Juli Wade from Michigan State University. This research was funded by grants from the National Institutes of Health and Arizona Biomedical Research Commission.

ASU's School of Life Sciences is an academic unit of the College of Liberal Arts and Sciences.

Arizona State University is the largest public research university in the United States under a single administration, with total student enrollment of more than 70,000 in metropolitan Phoenix, the nation's sixth-largest city. ASU is creating a new model for American higher education, an unprecedented combination of academic excellence, entrepreneurial energy and broad access. This New American University is a single, unified institution comprising four differentiated campuses positively impacting the economic, social, cultural and environmental health of the communities it serves. Its research is inspired by real-world application, blurring the boundaries that traditionally separate academic disciplines. ASU champions intellectual and cultural diversity, and welcomes students from all 50 states and more than 120 nations. 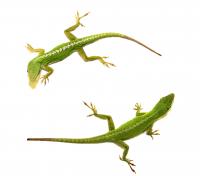