Brazilian researchers from the D'Or Institute for Research and Education (IDOR) and Federal University of Rio de Janeiro (UFRJ) have demonstrated the harmful effects of ZIKA virus (ZIKV) in human neural stem cells, neurospheres and brain organoids. Since ZIKV has been gradually established as a direct cause of central nervous system malformations, this study help to elucidate the etiological nature of the recently increasing number of microcephaly cases in Brazil.

This paper will be published online by the journal Science on Sunday, 10 April, 2016.

In the present study conducted at IDOR in conjunction with UFRJ, the research team observed that ZIKV infects human-derived iPS neural cells, neurospheres and cerebral organoids causing cell death, malformations and reducing growth by 40%. The researchers also compared these results with the ones generated with Dengue Virus (DENV2). Even though DENV2 infected the cells such as ZIKV, there were no damaging outcomes registered to the neural cells, neurospheres or organoids.

Dr. Patricia Garcez, Assistant Professor at UFRJ and first author of the work, point out that "these unique results may unravel some key features of ZIKV infection in the developing brain".

D'Or Institute for Research and Education (IDOR) is a nonprofit organization which aims to promote scientific and technological progress in healthcare through research and education. IDOR was established in 2010 in Botafogo, Rio de Janeiro, Brazil. Since then, the institute is responsible for designing, planning and overseeing most of the educational and research activities conducted intramurally by its sponsor, one of the most important hospital groups in Brazil, the Rede D'Or São Luiz. Our main areas of research are neurosciences, oncology, translational and clinical research.

Journal
Science
Funder
Foundation for Research Support in the State of Rio de Janeiro, National Council of Scientific and Technological Development, The Brazilian Development Bank, Funding Authority for Studies and Projects of Brazil 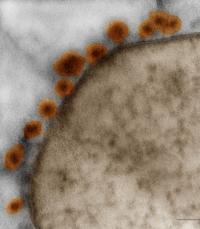