Adults who are worried or terrified sometimes curl up into a fetal position. Likewise, adult cells that are injured, including genetic injury leading to cancer, initiate a process that was present during embryonic development.

Most organs revert to methods that led to their creation when faced with conditions such as diabetes, cancer or infections. The adaptations, while potentially protective, come with a price and can lead to further long-term organ damage.

Scientists at The University of Texas MD Anderson Cancer Center have revealed new information about one such disorder, kidney fibrosis, which impacts millions of people worldwide.

The team's findings are reported in the Aug. 3, 2015 issue of Nature Medicine.

"Our work shows that damaged kidney cells respond by undergoing EMT to protect themselves from further damage but in the process, develop long-term damage due to fibrosis, a form of chronic wound healing," said Raghu Kalluri, M.D., Ph.D., chairman of Cancer Biology. "Each adult kidney cell behaves like an embryonic cell, losing the ability to perform important tasks that keep the organ functional."

Fibrosis is also seen in cancer tissue, contributing to tumor progression. As with cancer, kidney fibrosis is a runaway response by the body's defense system, producing scars that clog an organ's system and destroys its functional tissue until the organ fails. The disease is on the rise and is a known risk factor for cancer. Until now, little has been known about the molecular mechanisms behind what causes fibrosis.

"With kidney fibrosis, EMT impacts tubular epithelial cells (TECs)," said Kalluri. "In 2003, we demonstrated that EMT can be targeted to reverse kidney disease and fibrosis. The current study provides compelling genetic findings about that concept and new ideas for anti-fibrosis therapy. It reveals that inhibition of EMT in TECs during chronic kidney injury represents a potential anti-fibrosis therapy. It would be a significant advance in how this illness is treated and could potentially save many lives."

Epithelial cells make up the tissue linings of organs such as kidneys. TECs are part of the kidney's duct system and play an important role in repair and regeneration of injured tissue. Kalluri and co-investigators found that injured TECs use genes such as Twist1 and Snai1 to induce EMT, which in turn limit their ability to repair. They observed that, in mice, TEC health could be restored by deleting Twist1 and Snai1, genes critical for embryo development.

"Genetic deletion of these genes in TECs resulted in inhibition of the EMT program," said Valerie LeBleu, Ph.D., assistant professor of Cancer Biology, a co-first author of the study. "This inhibition led to preservation of TEC integrity, restored cell proliferation and other processes, and restored the adult function of these cells."

"Our experiments offer evidence for the functional relevance and importance of an EMT program in the progression of chronic kidney injury, and they support the notion that the EMT program, while indispensable for the proper growth of the embryos, is harmful in this setting and therefore a viable therapeutic strategy for protecting functional parenchyma in kidney fibrosis," said Kalluri.

Parenchymas are cells crucial for carrying out normal tissue functions.

Fibrotic diseases result in an overabundance of connective tissue and inflammation that can lead to injury to the organs and even death. They can strike many organs such as the kidney, lung, liver, heart, bone marrow and skin, impacting almost a billion people worldwide. Few treatments are available.

Approximately 40 percent of all deaths from kidney failure are due to fibrosis, and fibrosis accounts for the majority of lupus-related deaths. Other fibrosis-based diseases include incurable pulmonary fibrosis, cirrhosis of the liver, and scleroderma, a hardening of connective tissues. 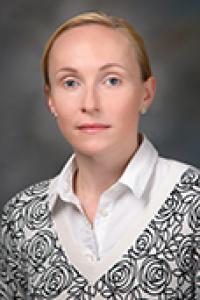