New findings clarify where and how the brain's "slow waves" originate. These rhythmic signal pulses, which sweep through the brain during deep sleep at the rate of about one cycle per second, are assumed to play a role in processes such as consolidation of memory. For the first time, researchers have shown conclusively that slow waves start in the cerebral cortex, the part of the brain responsible for cognitive functions. They also found that such a wave can be set in motion by a tiny cluster of neurons.

"The brain is a rhythm machine, producing all kinds of rhythms all the time," says Prof. Arthur Konnerth of the Technische Universitaet Muenchen (TUM). "These are clocks that help to keep many parts of the brain on the same page." One such timekeeper produces the so-called slow waves of deep sleep, which are thought to be involved in transmuting fragments of a day's experience and learning into lasting memory. They can be observed in very early stages of development, and they may be disrupted in diseases such as Alzheimer's.

Previous studies, relying mainly on electrical measurements, have lacked the spatial resolution to map the initiation and propagation of slow waves precisely. But using light, Konnerth's Munich-based team – in collaboration with researchers at Stanford and the University of Mainz – could both stimulate slow waves and observe them in unprecedented detail. One key result confirmed that the slow waves originate only in the cortex, ruling out other long-standing hypotheses. "The second major finding," Konnerth says, "was that out of the billions of cells in the brain, it takes not more than a local cluster of fifty to one hundred neurons in a deep layer of the cortex, called layer 5, to make a wave that extends over the entire brain."

Despite considerable investigation of the brain's slow waves, definitive answers about the underlying circuit mechanism have remained elusive. Where is the pacemaker for this rhythm? Where do the waves start, and where do they stop? This study – based on optical probing of intact brains of live mice under anesthesia – now provides the basis for a detailed, comprehensive view.

"We implemented an optogenetic approach combined with optical detection of neuronal activity to explore causal features of these slow oscillations, or Up-Down state transitions, that represent the dominating network rhythm in sleep," explains Prof. Albrecht Stroh of the Johannes Gutenberg University Mainz. Optogenetics is a novel technique that enabled the researchers to insert light-sensitive channels into specific kinds of neurons, to make them responsive to light stimulation. This allowed for selective and spatially defined stimulation of small numbers of cortical and thalamic neurons.

Access to the brain via optical fibers allowed for both microscopic recording and direct stimulation of neurons. Flashes of light near the mouse's eyes were also used to stimulate neurons in the visual cortex. By recording the flux of calcium ions, a chemical signal that can serve as a more spatially precise readout of the electric activity, the researchers made the slow waves visible. They also correlated optical recordings with more conventional electrical measurements. As a result, it was possible to watch individual wave fronts spread – like ripples from a rock thrown into a quiet lake – first through the cortex and then through other brain structures.

A new picture begins to emerge: Not only is it possible for a tiny local cluster of neurons to initiate a slow wave that will spread far and wide, recruiting multiple regions of the brain into a single event – this appears to be typical. "In spontaneous conditions," Konnerth says, "as it happens with you and me and everyone else every night in deep sleep, every part of the cortex can be an initiation site." Furthermore, a surprisingly simple communication protocol can be seen in the slow wave rhythm. During each one-second cycle a single neuron cluster sends its signal and all others are silenced, as if they are taking turns bathing the brain in fragments of experience or learning, building blocks of memory. The researchers view these findings as a step toward a better understanding of learning and memory formation, a topic Konnerth's group is investigating with funding from the European Research Council. They also are testing how the slow waves behave during disease.

This research was supported by the German Research Foundation (DFG) through IRTG 1373, the TUM Institute for Advanced Study, and the Excellence Cluster SyNergy (Munich Cluster for Systems Neurology); the Friedrich Schiedel Foundation; and the European Commission (Project Corticonic, under the 7th Framework Program).

Technische Universitaet Muenchen (TUM) is one of Europe's leading universities. It has roughly 500 professors, 9,000 academic and non-academic staff, and 32,000 students. It focuses on the engineering sciences, natural sciences, life sciences, medicine, and economic sciences. After winning numerous awards, it was selected as an "Excellence University" in 2006 and 2012 by the Science Council (Wissenschaftsrat) and the German Research Foundation (DFG). In both international and national rankings, TUM is rated as one of Germany's top universities and is dedicated to the ideal of a top-level research-oriented entrepreneurial university. The university's global presence includes offices in Beijing (China), Brussels (Belgium), Cairo (Egypt), Mumbai (India) and São Paulo (Brazil). The German Institute of Science and Technology (GIST - TUM Asia), founded in 2002 in Singapore, is the first research campus of a German university abroad. 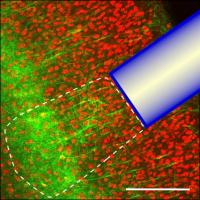