LA JOLLA, Calif., August 20, 2012 – The underlying causes of Alzheimer's disease are not fully understood, but a good deal of evidence points to the accumulation of β-amyloid, a protein that's toxic to nerve cells. β-amyloid is formed by the activity of several enzymes, including one called BACE1. Most Alzheimer's disease patients have elevated levels of BACE1, which in turn leads to more brain-damaging β-amyloid protein. In a paper published August 15 in The Journal of Neuroscience, researchers at Sanford-Burnham Medical Research Institute (Sanford-Burnham) found that BACE1 does more than just help produce β-amyloid—it also regulates another cellular process that contributes to memory loss. This means that just inhibiting BACE1's enzymatic activity as a means to prevent or treat Alzheimer's disease isn't enough—researchers will have to prevent cells from making it at all.

"Memory loss is a big problem—not just in Alzheimer's disease, but also in the normal aging population," said Huaxi Xu, Ph.D., professor in Sanford-Burnham's Del E. Webb Neuroscience, Aging, and Stem Cell Research Center and senior author of the study. "In this study, we wanted to better understand how BACE1 plays a role in memory loss, apart from β-amyloid production."

To do this, Xu and his team used a mouse model that produces human BACE1. Mice produce a different type of β-amyloid, one that's far less toxic than the human version. So, in this system, they could look solely at how BACE1 functions independent from β-amyloid formation. If BACE1 only acted to produce β-amyloid, the researchers would expect to see no effect when mice produce human BACE1—since mouse β-amyloid isn't very toxic, extra BACE1 would be no big deal. Instead, they saw that the enzyme still impaired learning and memory, indicating a secondary function at work.

If it's not producing β-amyloid, what is BACE1 doing? Many years ago, scientists found that a protein in the brain—protein kinase A (PKA), better known for directing cellular metabolism—also plays an important role in memory formation. In this study, Xu and colleagues found that BACE1 disrupts the cell's production of other molecules required for PKA function. By that mechanism, BACE1 inactivates PKA and therefore inhibits memory formation in mice, even in the absence of neurotoxic β-amyloid.

"So BACE1 is a double whammy when it comes to memory," Xu said. "But that also means that a therapy that targets BACE1 could be a double punch against Alzheimer's disease, and even just normal aging-related memory loss. That's why we're now looking for ways to block BACE1 expression in the brain."

Note to members of the media:

Sanford-Burnham Medical Research Institute is dedicated to discovering the fundamental molecular causes of disease and devising the innovative therapies of tomorrow. The Institute consistently ranks among the top five organizations worldwide for its scientific impact in the fields of biology and biochemistry (defined by citations per publication) and currently ranks third in the nation in NIH funding among all laboratory-based research institutes. Sanford-Burnham utilizes a unique, collaborative approach to medical research and has established major research programs in cancer, neurodegeneration, diabetes, and infectious, inflammatory, and childhood diseases. The Institute is especially known for its world-class capabilities in stem cell research and drug discovery technologies. Sanford-Burnham is a U.S.-based, non-profit public benefit corporation, with operations in San Diego (La Jolla), California and Orlando (Lake Nona), Florida. For more information, news, and events, please visit us at sanfordburnham.org 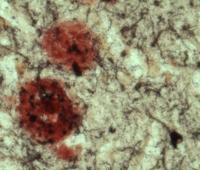