RIVERSIDE, Calif. — A research team of biogeochemists at the University of California, Riverside has provided a new view on the relationship between the earliest accumulation of oxygen in the atmosphere, arguably the most important biological event in Earth history, and its relationship to the sulfur cycle.

A general consensus exists that appreciable oxygen first accumulated in Earth's atmosphere around 2.4 to 2.3 billion years ago. Though this paradigm is built upon a wide range of geological and geochemical observations, the famous "smoking gun" for what has come to be known as the "Great Oxidation Event" (GOE) comes from the disappearance of anomalous fractionations in rare sulfur isotopes.

"These isotope fractionations, often referred to as 'mass-independent fractionations,' or 'MIF' signals, require both the destruction of sulfur dioxide by ultraviolet energy from the sun in an atmosphere without ozone and very low atmospheric oxygen levels in order to be transported and deposited in marine sediments," said Christopher T. Reinhard, the lead author of the research paper and a former UC Riverside graduate student. "As a result, their presence in ancient rocks is interpreted to reflect vanishingly low atmospheric oxygen levels continuously for the first ~2 billion years of Earth's history."

However, diverse types of data are emerging that point to the presence of atmospheric oxygen, and, by inference, the early emergence of oxygenic photosynthesis hundreds of millions of years before these MIF signals disappear from the rock record. These observations motivated Reinhard and colleagues to explore the possible conditions under which inherited MIF signatures may have persisted in the rock record long after oxygen accumulated in the atmosphere.

Using a simple quantitative model describing how sulfur and its isotopes cycle through the Earth's crust, the researchers discovered that under certain conditions these MIF signatures can persist within the ocean and marine sediments long after O2 increases in the atmosphere. Simply put, the weathering of rocks on the continents can transfer the MIF signal to the oceans and their sediments long after production of this fingerprint has ceased in an oxygenated atmosphere.

"This lag would blur our ability to date the timing of the GOE and would allow for dynamic rising and falling oxygen levels during a protracted transition from an atmosphere without oxygen to one rich in this life-giving gas," Reinhard said.

Reinhard explained that once MIF signals formed in an oxygen-poor atmosphere are captured in pyrite and other minerals in sedimentary rocks, they are recycled when those rocks are later uplifted as mountain ranges and the pyrite is oxidized.

"Under certain conditions, this will create a sort of 'memory effect' of these MIF signatures, providing a decoupling in time between the burial of MIF in sediments and oxygen accumulation at Earth's surface," he said.

According to the researchers, the key here is burying a distinct MIF signal in deep sea sediments, which are then subducted and removed from Earth's surface.

"This would create a complementary signal in minerals that are weathered and delivered to the oceans, something that we actually see evidence of in the rock record," said Noah Planavsky, the second author of the research paper and a former UC Riverside graduate student now at Caltech. "This signal can then be perpetuated through time without the need to generate it within the atmosphere contemporaneously."

Reinhard, now a postdoctoral fellow at Caltech and soon to be an assistant professor at Georgia Institute of Technology, explained that although the researchers' new model provides a plausible mechanism for reconciling recent conflicting data, this can only occur when certain key conditions are met — and these conditions are likely to have changed through time during Earth's long early history.

"There is obviously much further work to do, but we hope that our model is one step toward a more integrated view of how Earth's crust, mantle and atmosphere interact in the global sulfur cycle," he said.

Timothy W. Lyons, a professor of biogeochemistry at UCR and the principal investigator of the research project noted that this is a fundamentally new and potentially very important way of looking at the sulfur isotope record and its relationship to biospheric oxygenation.

"The message is that sulfur isotope records, when viewed through the filter of sedimentary recycling, may challenge efforts to precisely date the GOE and its relationship to early life, while opening the door to the wonderful unknowns we should expect and embrace," he said.

The research was supported by an O.K. Earl Postdoctoral Fellowship in the Division of Geological and Planetary Sciences at Caltech to Reinhard, a National Science Foundation postdoctoral fellowship to Planavsky, and a NASA Exobiology grant to Lyons.

The University of California, Riverside is a doctoral research university, a living laboratory for groundbreaking exploration of issues critical to Inland Southern California, the state and communities around the world. Reflecting California's diverse culture, UCR's enrollment has exceeded 21,000 students. The campus will open a medical school in 2013 and has reached the heart of the Coachella Valley by way of the UCR Palm Desert Center. The campus has an annual statewide economic impact of more than $1 billion. A broadcast studio with fiber cable to the AT&T Hollywood hub is available for live or taped interviews. UCR also has ISDN for radio interviews. To learn more, call (951) UCR-NEWS. 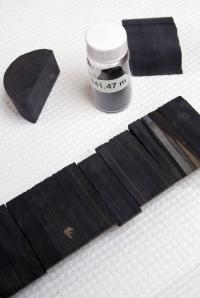