PROVIDENCE, RI – A pilot study conducted in a small private high school confirms what many have been touting for years: the benefits of a delayed school start time. Judy Owens, MD, a sleep expert with Hasbro Children's Hospital, reports that a modest delay in school start time of only 30 minutes was associated with significant improvements in adolescent alertness, mood and health. Her findings are published in the July issue of the Archives of Pediatric and Adolescent Medicine.

Inadequate sleep in adolescents, defined as less than nine hours per night, is a known problem and a major public health concern. Owens and other pediatric sleep experts have been encouraging delayed school start times to address the concern. To prove the benefits of a delayed start time in doing so, Owens conducted a study at a small private high school in Rhode Island, which delayed their start time from 8 a.m. to 8:30 a.m.

Biological changes in adolescents can cause what is known as a "phase delay," which calls for later sleep onset and wake times due to a shift in circadian rhythms. The optimal sleep amount for adolescents is nine to 9 ¼ hours per night, despite the shift in their preferred wake/sleep times. Owens, who is also an associate professor at The Warren Alpert Medical School Brown University says, "On a practical level, this means that the average adolescent has difficulty falling asleep before 11 p.m., so the ideal wake time is around 8 a.m."

She also notes, "In addition to these biological factors, adolescents are exposed to multiple environmental and lifestyle factors such as extracurricular activities, homework and after-school jobs, which can all significantly impact their sleep patterns. As a result of sleep loss during the week, adolescents often "sleep in" on the weekends, further contributing to a disruption of their circadian rhythm and decreased daytime alertness levels." Owens comments further, "It's not surprising that a large number of studies have now documented that the average adolescent is chronically sleep-deprived and pathologically sleepy."

The consequences of sleep deprivation are far-reaching: impairments in mood, attention and memory, behavior control and quality of life; lower academic performance and a decreased motivation to learn; and health-related effects including increased risk of weight-gain, lack of exercise and use of stimulants.

During the winter term, the start time at St. George's School was delayed by 30 minutes, to 8:30 a.m. In order to avoid extending the length of the school day, small schedule changes (five to 10 minutes) were made across both academic and non-academic periods. For boarding students, lights out procedures and restrictions on use of electronics did not change.

Students who received parental permission and who agreed to participate in the study responded to an e-mail survey that was conducted both before and after the start time change. The Sleep Habits Survey (SHS) is a comprehensive 8-page self-report survey that has been administered to over 3,000 high school students in RI, as well as in a number of other countries, and is used to evaluate typical sleep and wake behaviors. It also includes scales measuring sleepiness, sleep-wake behavior problems and depression. Of the 278 students who agreed to the survey and received consent, 225 completed the first survey and 201 completed the second survey.

The study found that there was a significant average increase in sleep duration on school nights of 45 minutes across all grades (nine to 12) after the change in the school start time. The self report showed drastic declines in the percent of students who felt they "rarely/never" got enough sleep (69 percent to 34 percent), and those reporting "never" being satisfied with their sleep (37 to 9 percent).

Other findings of note are that fewer students reported being impacted by fatigue or lack of motivation, and the percent of students rating themselves as "at least somewhat unhappy" or depressed decreased significantly, from 66 percent to 45 percent. Also, there was a considerable reduction in the number of students who reported visiting the school's health center for "fatigue-related complaints," dropping from 15 percent to only five percent. Meanwhile, the health center also reported a 56 percent decrease in requests for "rest passes." Another finding supporting the benefits of the delayed start time is that teachers reported a 36 percent reduction in absences or tardiness for the first class of the day.

Overall the percent of students getting less than seven hours of sleep after the change in school start time decreased by 80 percent. Still, only a small minority of the students (11 percent) reported getting the recommended nine or more hours of sleep. Owens sums up the findings, "A modest start time delay was associated with a significant increase in self-reported sleep duration and a decrease in a number of ratings of daytime sleepiness. Perhaps most importantly, students rated themselves as less depressed and more motivated to participate in a variety of activities."

The researchers conclude, "The ongoing debate regarding the more widespread institution of later school start times is a controversial one with many logistical considerations. It is particularly important to continue to assess outcomes in schools that have implemented such a change." They also comment, "The results of this study add to the growing literature that supports the potential benefits of such an adjustment to better support adolescents' sleep needs and circadian rhythm in order to improve the learning environment and their overall quality of life."

Other researchers involved in the study with Owens include Katherine Belon, BA, also of Hasbro Children's Hospital and Patricia Moss, PhD, of St. George's School in Newport, RI, where the pilot study was conducted.

Hasbro Children's Hospital (www.hasbrochildrenshospital.org) in Providence, RI, is the premier pediatric facility for clinical care, research and education for Rhode Island and surrounding southeastern New England. A private, not-for-profit institution, it is the pediatric division of Rhode Island Hospital and is the pediatric teaching and research hospital of The Warren Alpert Medical School of Brown University. It was ranked among the top 30 children's hospitals in the country by Parents magazine in 2009. For more information on Hasbro Children's Hospital, visit http://www.lifespan.org/hch/about/.

Archives of Pediatrics and Adolescent Medicine 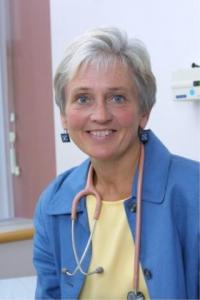