The team of Francesca Ferlaino, Institute for Experimental Physics of the University of Innsbruck, Austria, has experimentally shown chaotic behavior of particles in a quantum gas. "For the first time we have been able to observe quantum chaos in the scattering behavior of ultracold atoms," says an excited Ferlaino. The physicists used random matrix theory to confirm their results, thus asserting the universal character of this statistical theory. Nobel laureate Eugene Wigner formulated random matrix theory to describe complex systems in the 1950s. Although interactions between neutrons with atomic nuclei were not well-known then, Wigner was able to reliably predict properties of complex spectra by using random matrices. Today random matrix theory is applied broadly not only in physics but also in number theory, wireless information technology and risk management models in finance to name only a few fields of application. In the Bohigas-Giannoni-Schmit conjecture random matrix theory has been connected to chaotic behavior in quantum mechanical systems. Catalan physicist Oriol Bohigas, who passed away last year, can be considered the father of quantum chaos research.

Chaos in the quantum world

To observe quantum chaos, the physicists in Innsbruck cool erbium atoms to a few hundred nanokelvin and load them in an optical dipole trap composed of laser beams. They then influence the scattering behavior of the particles by using a magnetic field. After holding the atoms in the trap for 400 milliseconds, the researchers record the atom number remaining in the trap. Thus, the scientists are able to determine at which magnetic field two atoms are coupled to form a weakly-bound molecule. At this magnetic field, so-called Fano-Feshbach resonances emerge. After varying the magnetic field in each experimental cycle and repeating the experiment 14,000 times, the physicists identified 200 resonances. "We were fascinated by how many resonances of this type we found. This is unprecedented in the physics of ultracold quantum gases," says Francesca Ferlaino's team member Albert Frisch. To explain the high density of resonances, the researchers used statistical methods. By using Wigner's random matrix theory the scientists are able to show that different molecular levels are coupled. This has also been confirmed by computer simulations conducted by Svetlana Kotochigova's research group at Temple University in Philadelphia, Pennsylvania, USA. "The particular properties of erbium cause a highly complex coupling behavior between the particles, which can be described as chaotic," explains Ferlaino. Erbium is relatively heavy and highly magnetic, which leads to anisotropic interaction between atoms. "The electron shell of these atoms do not resemble spherical shells but are highly deformed," explains Albert Frisch. "Therefore, the type of interaction between two erbium atoms is significantly different from other quantum gases that have been investigated so far."

In contrast to everyday speech, chaos does not mean disorder for the physicists but rather a well-ordered system that, due to its complexity, shows random behavior. Ferlaino is excited about their breakthrough: "We have created an experiment that provides a controlled environment to study chaotic processes. We cannot characterize the behavior of single atoms in our experiment. However, by using statistical methods, we can describe the behavior of all particles." She compares the method with sociology, which studies the behavior of a bigger community of people, whereas psychology describes the relations between individuals. This work also provides new inroads to the investigation of ultracold gases and, thus, ultracold chemistry." Ferlaino is convinced: "Our work represents a turning point in the world of ultracold gases."

The experiment and statistical analysis were carried out at the Institute for Experimental Physics at the University of Innsbruck. Theoretical support was provided by John L. Bohn from the Joint Institute for Laboratory Astrophysics in Boulder, Colorado, USA and the team of Svetlana Kotochigova at Temple University in Philadelphia, Pennsylvania, USA. The Austrian researchers are supported by the Austrian Science Fund FWF and the European Research Council (ERC). 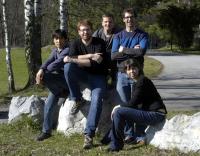 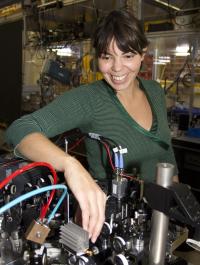