Populations of large wildlife are declining around the world, while zoonotic diseases (those transmitted from animals to humans) are on the rise. A team of Smithsonian scientists and colleagues have discovered a possible link between the two. They found that in East Africa, the loss of large wildlife directly correlated with a significant increase in rodents, which often carry disease-causing bacteria dangerous to humans. The team's research is published in the Proceedings of the National Academy of Sciences, April 28.

"Our study shows us that ecosystem health, wildlife health and human health are all related," said Kristofer Helgen, curator of mammals at the Smithsonian's National Museum of Natural History and co-author of the research.

Large animals, such as elephants, giraffes, antelope and zebras, have a profound influence on their ecosystems by feeding on vast amounts of vegetation and compacting and disturbing soil. As populations of these large species decline, the ecosystems they once dominated change in many ways. The team's main question was whether the loss of large wildlife influences the risk of people contracting diseases spread by rodents—a pressing question, as more than 60 percent of infectious human diseases are zoonotic.

"Understanding the linkages between biodiversity loss and zoonotic disease is important for both public health and nature conservation programs," said Hillary Young, former Smithsonian post-doctoral fellow and current assistant professor at the University of California, Santa Barbara. "While this correlation has been the topic of much scientific debate, ours is one of the only studies to offer clear experimental evidence." Young is the lead author of the research paper.

Using 24 acres of savanna that had been fenced off for 15 years to keep large animals out in central Kenya, the scientists examined rodent populations inside and outside the area for three years. They also tracked the presence of Bartonella infections in the rodents and their fleas. Bartonella, a group of bacteria found around the world, can cause bartonellosis in humans—an infectious disease that can lead to joint swelling, liver damage, memory loss and other symptoms.

The team regularly trapped rodents in the area, represented by several species of mice, rats and gerbils. Each rodent was identified to species, sexed, weighed and marked. A blood sample and fleas, if they were present, were collected from each rodent for testing before it was released where it was captured.

The team found that rodent and, consequently, flea abundance doubled inside the area that excluded large wildlife. Without having to compete with large animals for food, the rodent population grew twofold. When the rodents and fleas in the area doubled, the team found that those infected with Bartonella doubled as well.

The removal of large wildlife from the ecosystem could be directly linked to the increase in rodents and the rodent-borne disease, thus increasing risk to humans. These results suggest that a partial solution to problems of rodent-borne disease could come in the form of wildlife conservation.

"Africa's large wildlife faces many threats—elephants, rhinos and other large mammals continue to decline in the face of growing human populations, expanding agriculture and the impacts of poaching and wildlife trade," said Helgen. "While we know that conservation is good for wildlife and for economies reliant on tourism, our study shows a less-intuitive dimension of conservation that could greatly benefit the people living alongside wildlife."

This study is the first of several more to come. The team plans to expand its research to a wider suite of infectious diseases to see which might respond similarly and which do not. They will also undertake further studies not only in carefully controlled experimental sites but in the "real world" where humans have already altered the landscape and eradicated much of the large wildlife.

The team's research has implications well beyond Africa. "While rodent-borne diseases are a major issue in Africa, they are everywhere—Europe, Asia, North and South America," Young said. "What we find here may very well be applicable in other parts of the world." 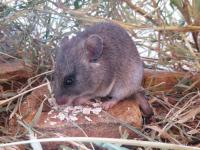 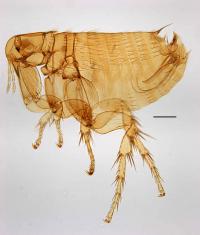