Ants play a variety of important roles in many ecosystems. As frequent visitors to flowers, they can benefit plants in their role as pollinators when they forage on sugar-rich nectar. However, a new study reveals that this mutualistic relationship may actually have some hidden costs. By transmitting sugar-eating yeasts to the nectar on which they feed, ants may be indirectly altering the nectar-chemistry and thus affecting subsequent pollinator visitations.

Many species of plants benefit from interacting with ants, and some even secrete special sugary substances to attract ants. Plants produce sugar, in the form of nectar, and in exchange ants provide services such as pollination or protection from herbivores.

The main components of nectar that attract pollinators include three dominant sugars—sucrose, fructose, and glucose—and amino acids (or proteins). The chemical composition of nectar differs among plant species and has been thought to be a conservative trait linked to pollinator type. For example, plants pollinated by hummingbirds tend to have nectar with high amounts of sucrose. In addition, nectar composition is thought to be regulated by the plant.

"When people think about how flowers are pollinated, they probably think about bees," notes Clara de Vega, a postdoctoral researcher at the Estación Biológica de Doñana, Spain. "But ants also pollinate flowers, and I am interested in the role ants play in pollination since it is still poorly understood."

De Vega joined forces with Carlos M. Herrera, an evolutionary ecologist at the Estación Biológica de Doñana, to investigate the relationship between ant pollinators and nectarivorous yeasts. Nectar-dwelling yeasts, which consume sugars, have recently been discovered in the flowers of many temperate and tropical plant species. De Vega and Herrera have already discovered that some ant species not only carry certain types of sugar-metabolizing yeasts on their bodies, but they also effectively transmit these yeasts to the nectar of flowers they visit.

In their most recent work, published in the American Journal of Botany (http://www.amjbot.org/content/100/4/792.full.pdf+html), De Vega and Herrera investigated whether flowers visited by these ants differed from flowers that were not visited by ants in their sugar chemistry, and whether sugar-chemistry was correlated with the abundance of ant-transmitted yeasts found in the nectar.

By excluding ants from visiting inflorescences of a perennial, parasitic plant, Cytinus hypocistis, and comparing the nectar chemistry to inflorescences that were visited by ants, the authors tested these ideas experimentally.

Interestingly, in flowers visited by ants, there was a high correlation between yeast cell density and sugar content. Nectar that had higher densities of yeast had more fructose and less sucrose, suggesting that the types of yeasts change the sugar content of the nectar. Flowers that were excluded from ants did not have any yeast in their nectar.

"Our study has revealed that ants can actually change the nectar characteristics of the flowers they are pollinating," says de Vega. "The microorganisms, specifically yeasts, that are present on the surface of ants change the composition of sugar in the flower´s nectar."

"This means that nectar composition is not completely controlled by the flower—it is something created in cooperation with the ants that visit the flower," she notes. "We also think that these ant-transported yeasts might have the potential to affect plant reproduction."

Indeed, if a plant cannot control the sugar content of its nectar, then it may lose some of its target pollinators, which would potentially affect overall seed set and plant fitness.

Moreover, if introducing these yeasts to nectar changes the chemistry of the very components that serve to attract pollinators, then perhaps ants are indirectly changing the foraging behavior of subsequent flower visitors and thereby affecting seed dispersal patterns.

This study has revealed an additional layer in the complex association between ants and flowering plants, as pollinating ants alter sugar-nectar chemistry in flowers via sugar-consuming yeasts. But the story does not end here. De Vega plans to continue researching the role that these nectarivorous yeasts play on the reproduction of plants.

"I plan to study the whole interaction of plants, yeasts, and pollinators—how are they interrelated and what mechanisms shape these relations?"

The full article in the link mentioned is available for no charge for 30 days following the date of this summary at http://www.amjbot.org/content/100/4/792.full.pdf+html. After this date, reporters may contact Richard Hund at ajb@botany.org for a copy of the article.

The Botanical Society of America (http://www.botany.org) is a non-profit membership society with a mission to promote botany, the field of basic science dealing with the study and inquiry into the form, function, development, diversity, reproduction, evolution, and uses of plants and their interactions within the biosphere. It has published the American Journal of Botany (http://www.amjbot.org) for nearly 100 years. In 2009, the Special Libraries Association named the American Journal of Botany one of the Top 10 Most Influential Journals of the Century in the field of Biology and Medicine. 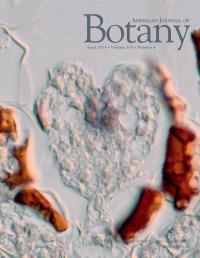