Zika virus has now become a household word. It can cause microcephaly, a birth defect where a baby's head is smaller than usual. Additionally, it is associated with Guillain-Barré syndrome, a neurological disorder that could lead to paralysis and even death. However, how this microbe replicates in the infected cells remains a mystery. Now, an international team led by researchers from Tianjin University and Nankai University has unraveled the puzzle of how Zika virus replicates and published their finding in Springer's journal Protein & Cell.

Now, an international team led by researchers from Tianjin University and Nankai University has unraveled the puzzle of how Zika virus replicates and published their finding in Springer's journal Protein & Cell. All viruses seem to need a helicase for replication. The Zika virus helicase is a motor enzyme that converts energy from nucleoside triphosphate to unwind and separate double-stranded nucleic acids, so the single-stranded genetic material can then be copied. This is an essential step for viral replication.

Using X-ray crystallography, a method that generates 3-D pictures of proteins at the atomic level, the scientists watched what happens when the Zika virus helicase begins to perform its function and encounters its substrates. By doing so, they have successfully captured the snapshot of the intermediate state where the viral helicase exactly binds to the nucleoside triphosphate ATP and a metal ion, two essential molecules required for the helicase to do its job. This is the first structure of any helicase bound to ATP from flaviviruses, a group including other well-known pathogens such as dengue, yellow fever, and West Nile viruses.

Scientists are most curious about what makes Zika virus different from other flaviviruses. So they have solved the structure of the Zika virus helicase bound to a strand of its genomic RNA as well, which identifies a tunnel running through the whole enzyme to hold the viral RNA. The scientists were most surprised by the fact that the Zika virus helicase undergoes significant conformational change when encountering its genomic RNA. However, this alteration is distinct from the dengue virus helicase, which has demonstrated a very different way to bind its genomic RNA. The scientists suggest that flavivirus helicases could have evolved a conserved motor to convert chemical energy from nucleoside triphosphate to mechanical energy to unwind their genetic material, but the motors of the flaviviruses move in distinct ways to access their genomic RNA. 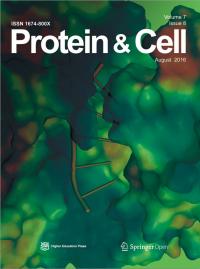