The researcher Manuel Palacín, head of the Heterogenic and Multigenic Diseases lab at the Institute for Research in Biomedicine (IRB), in Barcelona, is among the world's experts in HATs (heteromeric amino acid transporters).

In humans, there are eight HAT molecules. These are associated, for example, with the following: rare diseases called aminoacidurias, such as lysinuric protein intolerance and cystinuria; the development of infections caused by the Kaposi sarcoma virus; various types of cancer; and relapse in cocaine use. HATs are, as the name implies, amino acid transporters, and they exert their action in the cell membrane. Because of their nature, they are extremely difficult to crystallize and consequently no structural data are available for these molecules at the atomic level. However, for rational drug design this information is imperative.

A study published this week in the journal Proceedings of the National Academy of Sciences USA (PNAS) has revealed the first structure of one of the eight HATs. Achieved through collaboration between biochemists at IRB, experts in electronic microscopy at the University of Bern, and computational biologists in the Joint IRB-BSC Programme, this breakthrough paves the way for further research into the functions of the other seven HATs and the resolution of their structures. Moreover, this study provides the first sufficiently detailed structural data to tackle their inhibition through drugs.

HAT proteins are formed by two parts or subunits, a light one which serves to transport amino acids and a heavier one that allows movement of the complex to the cell membrane, conferring it stability. In humans, six transporters form a complex with 4F2hc, while two do so with rBAT, thus totalling eight HATs. "They are mini machines that are inserted into the membrane and are in constant movement, engulfing amino acids from the extracellular space and releasing them in the cytoplasm or vice-versa," explains Palacín. "We knew the structure of one of the parts. Now, for the first time, we have the low resolution of the entire complex," he says.

The study, whose first four authors include the post-doctoral researcher Albert Rosell and the PhD student Elena Álvarez-Marimon at IRB Barcelona, describes the structure of the 4F2hc/LAT2 complex. "We chose this complex because it shows the highest stability among human HATs and would allow a greater chance of tackling its structure. The next step is to move onto its atomic resolution," explains Rosell. "Resolution at this level, at the highest definition, will help us to study the details of how "the machine" works and to gain a greater knowledge regarding the precise drug targets," add the scientists.

Only some HATs are associated with diseases. The 4F2hc/LAT1 and 4F2hc/xCT complexes are overexpressed in many kinds of cancer. "We have better and more detailed knowledge about the complexes and so we are providing new options by which to deal with cancer," says Manuel Palacín. The lab also focuses on aminoacidurias. Mutation in the 4F2hc/y+LAT1 complex causes lysinuric protein intolerance, a rare disease with 200 known cases. Finally, mutations in the rBAT/b(0,+)AT complex lead to cystinuria, a condition with an estimated incidence of one case per 7,000 births.

Manuel Palacín's basic research into HATs seeks to identify new therapeutic targets and to improve diagnostic tools for all conditions that involve HATs, with a special focus on aminoacidurias.

The study started as part of the European project EDICT (European Drug Initiative on Channels and Transporters), a consortium comprising 21 groups and funded by 11 million euros, which aims to increase the database of membrane protein structures. In 2008, at the beginning of the project, about 100 membrane protein structures were known. Today, this number has tripled, Palacín's group having contributed two of these new structures. 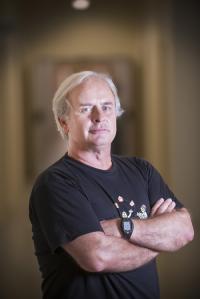 Elena &#193;lvarez-Marimon and Albert Rosell, Institute for Research in Biomedicine