Researchers at the University of Helsinki, Finland, have found a genetic variation, which associates with the damage caused by maternal alcohol consumption. This genetic variation clarifies the role of genetic factors in the alcohol-induced developmental disorders and could be useful in future diagnostics.

The effects of prenatal alcohol exposure (PAE) on placental genes involved in growth and on the size of affected newborns were explored in the study performed at the University of Helsinki and Helsinki University Hospital in Finland. The researchers observed that alcohol alters epigenetic marks on the placenta and also the head size of newborn, depending on the genetic variation inherited from the parents.

Epigenetic marks are molecules, which bind to DNA sequence. They regulate the activity of genes and thus production of proteins in the cells.

The research material was 39 alcohol-exposed and 100 control placentas. They were collected from mothers who gave birth in the Helsinki University Hospital and had given approval for their participation in the study.

NOVEL INFORMATION ABOUT THE COMMUNICATION BETWEEN GENES AND ENVIRONMENT

It is already known that in addition to neuronal disorders and birth defects, alcohol causes retarded growth. Therefore the researchers focused on two genes, insulin-like growth hormone 2 (IGF2) and H19, which locate near each other and regulate the growth of the placenta and embryo.

There is a common genetic variation in the Finnish population in the DNA region which regulates the function of these genes. The genetic variants that an individual inherits from the parents have been shown to associate with the amount of epigenetic marks on this region. This led the researchers to examine this intensively studied genomic region in a novel way.

"We divided all our samples in four groups according to the inherited genetic variations. We observed that there were different quantities of epigenetic marks in the groups of alcohol-exposed placentas compared with controls", explains Adjunct Professor Nina Kaminen-Ahola, the leader of the research team at the University of Helsinki.

"This finding led us to explore if there are changes in the gene expression and newborns' birth measurements that would associate with the variation. We observed that expression of the negative growth controller H19 was significantly increased compared to expression of the growth supporter IGF2 in certain variant groups of the alcohol-exposed placentas."

The birth measurements were analysed by using new Finnish growth charts. Previous studies have shown that alcohol particularly affects the head growth and thus head circumference has been used as a mark of alcohol-induced damage. However, this study indicated that the head circumferences of alcohol-exposed newborns vary significantly depending on the genetic variations inherited from parents.

EARLY DIAGNOSIS IS BENEFICIAL FOR THE AFFECTED CHILDREN

"We do not know yet if this variation is connected with alcohol-induced neuronal disorders. However, this could explain earlier study results concerning decreased correlation between HCs and brain size, as well as between HCs and cognitive skills among alcohol-exposed children. This suggests that alcohol causes damage in the brain in all genotypes, but this cannot be always seen in the head size", Kaminen-Ahola states.

This indicates how challenging the diagnosis of alcohol-induced disorders is and how important it would be to develop solid diagnostic tools. The earlier the diagnosis can be done, the more effective developmental support for the children can be provided.

"This is the first step towards our goal of finding biomarkers for diagnosis. Our sample size is still small and more samples as well as functional studies are needed to reveal the mechanisms of PAE. Our work also helps us to understand the effects of environmental factors on embryonic development in general, and their consequences for well-being over the lifespan, Kaminen-Ahola continues.

The research has been published in open access journal Human Reproduction Open. 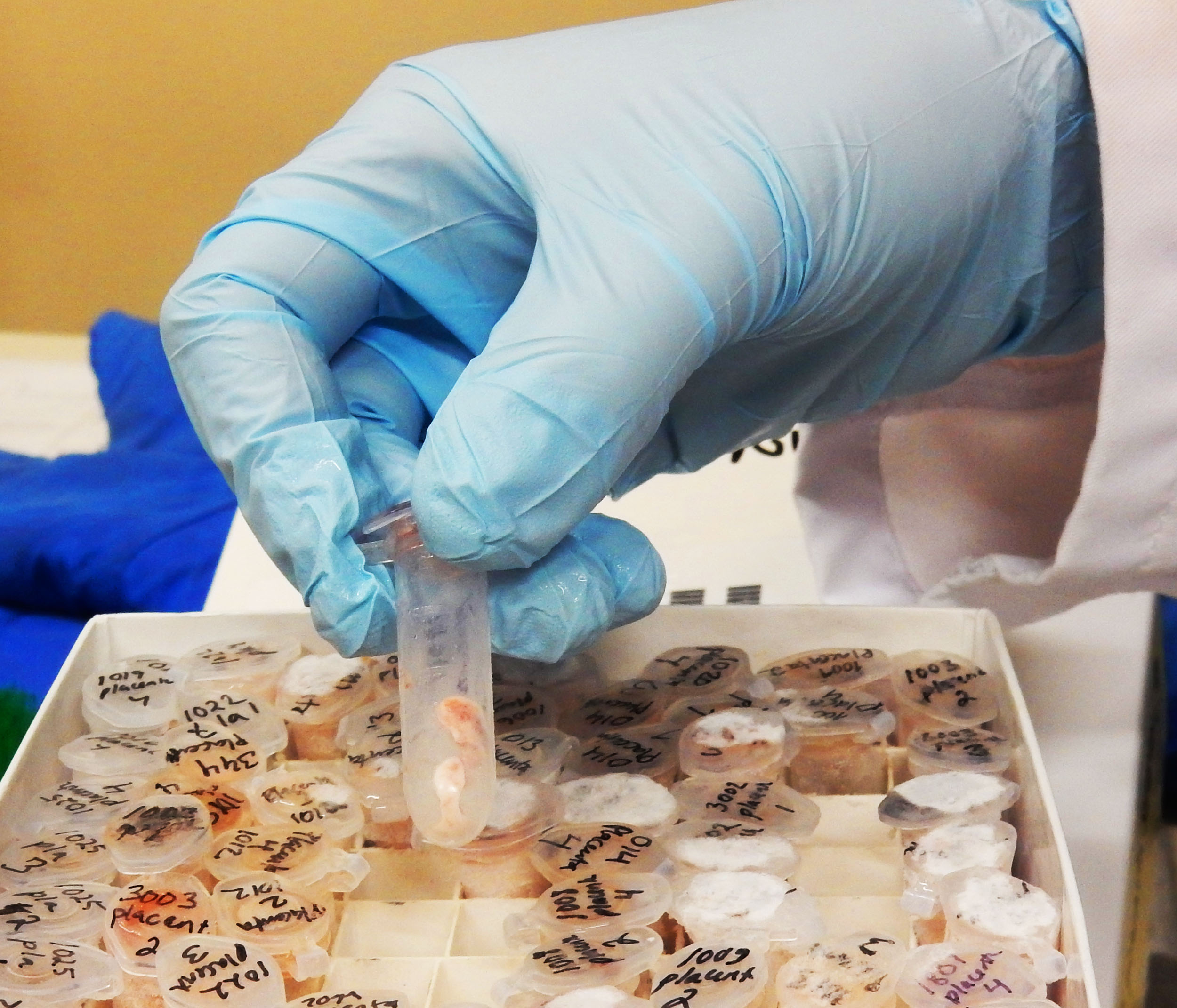