(NEW ORLEANS, December 7, 2013) – Hematopoietic stem cell transplantation (HSCT), once considered an effective yet risky alternative to drug therapy for blood cancer, has become more accessible and successful in a wide range of patients as a result of major advances in transplant strategies and technologies. Several studies representing these advances were presented today during the 55th American Society of Hematology Annual Meeting and Exposition in New Orleans.

HSCT is effectively used today as a form of "replacement" therapy for patients with hard-to-treat blood cancers, providing healthy cells from either the patient (autologous transplantation) or from a donor (allogeneic transplantation) to better equip patients to fight the disease on their own. Historically, clinicians evaluating a patient for transplant have sought to identify donor cells that are perfectly matched to the patient's cell type, which is considered to be the optimal approach to help ensure successful outcomes and to minimize risk of graft-versus-host disease (GVHD), a serious and potentially life-threatening complication that occurs when the donated immune cells attack the patient's cells as foreign tissue.

Today, researchers are challenging traditional assumptions about transplant eligibility and donor matching in an effort to expand the universe of patients who can benefit from this treatment while improving long-term success rates. New findings presented today indicate that with proper considerations, haploidentical (half-matched) transplants or transplants using cord blood cells can be viable, effective alternatives when a fully matched donor is not available. Researchers also contend that transplant outcomes can be further improved by identifying patients who are at high risk for certain complications, such as cognitive decline, or by employing post-transplant treatments to reduce their risk of relapse.

"The exciting research results being presented today underscore how transplants are becoming an increasingly successful treatment option for more patients with blood cancer than ever before," said Jeffrey Miller, MD, moderator of the press conference and Deputy Director of the Masonic Cancer Center and the Clinical and Translational Sciences Institute at the University of Minnesota in Minneapolis. "Whereas transplant would not have been an option for many patients without a sibling or other perfectly matched donor even several years ago, exciting new strategies have afforded them the opportunity to gain significant benefit from this procedure today. As we are now able to focus our efforts on improving the overall patient experience and reducing the risk of relapse, the leading cause of death after transplant, we have greatly improved long-term survival outcomes for patients who before might not have had another treatment option."

To more fully demonstrate the utility of haploidentical bone marrow or peripheral blood stem cell transplants (haploBMT) as an alternative to fully matched transplants, this study evaluated nonmyeloablative, related haploBMT (with post-transplantation cyclophosphamide) among patients aged 50 – 75 with poor-risk hematologic malignancies. Results of 273 such transplants performed at Johns Hopkins were compared to determine the impact of older age on outcomes. The two-year probability of progression-free survival was very similar among patients in their 50s, 60s, and 70s (39, 36, and 39%, respectively), as was the two-year probability of overall survival (51, 56, and 44%). Among these age groups, there were also no statistically significant differences in the risks of non-relapse death or severe graft-versus-host disease.

"The similarly positive outcomes we observed among patients in their 50s, 60s, and 70s clearly illustrate that advanced age need no longer be a significant barrier to successful outcomes after half-matched BMT," said study author Yvette Kasamon, MD, of the Johns Hopkins Kimmel Cancer Center in Baltimore. "These results underscore that a reduced-intensity, related haploidentical transplant should be considered a very reasonable treatment option for suitable patients up to at least age 75 who require a transplant."

Dr. Kasamon will present this study during an oral presentation at 5:15 p.m. CST on Sunday, December 8, in Rooms 208-210 of the Ernest N. Morial Convention Center.

Previous studies have shown that minorities are poorly represented in international donor panels and therefore minority patients are often unable to find a suitable donor. While the number of registered donors has increased significantly in recent years and the use of cord blood and haploidentical transplants as treatment solutions for minority patients has expanded, the impact of these strategies remains largely unclear.

In an attempt to evaluate these advancements, this study followed 332 transplant patients who had been referred to Anthony Nolan Research Institute, the organization that manages the United Kingdom's stem cell donor registry. Three-quarters of the patients were white Northern European (WNE) and the remaining 25 percent were non-white Northern European (non-WNE) with similar underlying disease. Researchers sought to determine differences between the two groups in terms of achieving transplant as well as the time from donor search request to transplant. Surprisingly, there were no significant differences between the groups in the total number of patients receiving transplants when considering all sources (WNE 63% vs. non-WNE 56%). Compared to WNE patients, non-WNE had more cord blood (21 vs. 3%) and haploidentical transplants (10 vs. 1%), while WNE patients had more fully matched donor transplants (69% found a fully matched donor, while only 20% of non-WNE found the same). Researchers observed a slight difference in wait time from search request to transplant between the two groups (median 110 days for WNE vs. median 132 days for non-WNE); however, the data did not indicate whether the delay would impact outcomes.

"We are encouraged by our results demonstrating that ethnic minority patients' access to transplants has improved considerably, thanks to aggressive recruitment to global registries and data supporting use of new options like haploidentical and cord blood transplants," said study author Robert N. Lown, MD, of University College London Cancer Institute and the Anthony Nolan Research Institute in the United Kingdom. "While we are bridging the gap in access, our next step is to identify potential minority transplant candidates earlier to determine their eligibility and help them seek the right transplant option."

Dr. Lown will present this study during a poster presentation at 5:30 p.m. CST on Saturday, December 7, in Hall G of the Ernest N. Morial Convention Center.

While a hematopoietic stem cell transplant (HSCT) is often a lifesaving procedure, previous reports have associated transplant-related chemotherapy and radiation as having a negative impact on cognitive function. Seeking to explore whether transplants – and specifically the intensity of transplant-related chemotherapy and radiation – might be associated with cognitive decline, investigators conducted a prospective study, measuring cognitive function in transplant patients and healthy controls at similar intervals. In addition, the investigators measured the relative length of telomeres (protective protein structures on the ends of human chromosomes) in allogeneic HSCT recipients before transplant, hypothesizing that HSCT recipients with shorter telomeres would demonstrate reduced cognitive function after transplant.

To test their hypothesis, researchers assessed several cognitive parameters (e.g., multi-tasking, visual memory, recall) before transplant and at six, 12, and 24 months post-transplant in HSCT recipients and at the same intervals in the control group and found a significant association between shortened telomeres and reduced cognitive ability. Researchers also observed that those HSCT recipients who received full-intensity HSCT reported worse cognitive function than those who received reduced-intensity HSCT. In fact, the cognitive function in patients with reduced-intensity transplants remained comparable to that in the healthy controls. The cognitive decline observed was specifically linked to the shortening effect of these treatments on the length of telomeres.

"This study strongly indicates that patients who receive reduced-intensity transplants are generally spared from significant impact on their cognitive abilities, while full-intensity conditioning contributes to meaningful changes in multiple cognitive domains," said study author Alysia Bosworth of City of Hope in Duarte, Calif. "As our results isolate a specific group of patients who would be considered 'high risk' for cognitive impairment, including those who receive full-intensity transplants, it will be important for clinicians to evaluate and offer services to help these patients regain that function after transplant."

Ms. Bosworth will present this study during an oral presentation at 7:30 a.m. CST on Tuesday, December 10, in Riverside Rooms R06-R07 of the Ernest N. Morial Convention Center.

This study examined the efficacy and safety of genetically modified T cells as treatment for B cell malignancies (blood cancers that affect the B cells, including certain types of leukemia and lymphoma) persisting after allogeneic hematopoietic stem cell transplantation (HSCT). The study focused on the use of these carefully designed attack cells in 10 patients who had persistent, aggressive disease after receiving one or more allogeneic HSCTs. Investigators removed T cells from each of the patients' healthy donors and then, in the laboratory, outfitted them with genetic machinery designed to target a protein expressed on the persisting malignancy (B cell antigen CD19) when infused in the patient. After receiving one infusion of modified cells with no other anti-cancer therapy, three of 10 patients experienced significant disease regression, with one patient achieving ongoing complete remission at nine months post treatment. A fourth patient had stable disease at 11 months post infusion. Importantly, none of the patients experienced graft-versus-host disease (GVHD), and the most prominent toxicities were fever and low blood pressure, which resolved within two weeks.

"These results are particularly exciting because they show that small numbers of these modified T cells can cause regression of highly treatment-resistant B cell malignancies after transplant without causing GVHD, indicating a possible new treatment approach for those patients with limited options for their aggressive disease," said study author James N. Kochenderfer, MD, of the Experimental Transplantation and Immunology Branch of the National Cancer Institute at the National Institutes of Health in Bethesda, Md. "We continue to evaluate ways to enhance the persistence of these T cells in the body while reducing toxicities to improve the overall efficacy of the treatment."

Dr. Kochenderfer will present this study in an oral presentation at 5:00 p.m. CST on Sunday, December 8, in Riverside Rooms R06-R07 of the Ernest N. Morial Convention Center.

The study authors and press program moderator will be available for interviews after the press conference or by telephone. Additional press briefings will take place throughout the meeting on leukemia research, advances in engineering cell therapies, novel compounds in development, and progress against sickle cell disease and thalassemia. For the complete annual meeting program and abstracts, visit http://www.hematology.org/2013abstracts. Follow @ASH_hematology and #ASH13 on Twitter and like ASH on Facebook at for the most up-to-date information about the 2013 ASH Annual Meeting.

The American Society of Hematology (ASH) is the world's largest professional society of hematologists dedicated to furthering the understanding, diagnosis, treatment, and prevention of disorders affecting the blood. For more than 50 years, the Society has led the development of hematology as a discipline by promoting research, patient care, education, training, and advocacy in hematology. The official journal of ASH is Blood, the most cited peer-reviewed publication in the field, which is available weekly in print and online. 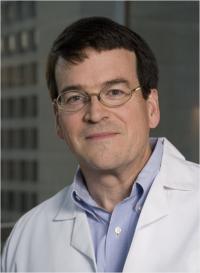