The important changes to the way scientists name new plants that took effect on 1 January 2012 included the fall of the so-called Latin requirement - a stipulation that descriptions or diagnoses of new species had to be in Latin.

The new rules make it possible to take full advantage of an ongoing revolution in how botanists and mycologists verify that a particular species is indeed new to science: Many studies now routinely include the sequencing of short DNA regions that will amplify easily, even when the DNA comes from old specimens.

Such "barcoding" sequences can be used to confirm a suspected new species as long as related species that already have a scientific name are also being sequenced for the same DNA stretch.

There is no standard Latin vocabulary for describing DNA barcoding, yet in English, there is.

Their publication of a new species in the Solanaceae genus Brunfelsia also includes a traditional morphology-based description and pictures of the plant, but the researchers trust that "molecular diagnoses" will become a standard feature in future taxon descriptions.

The DNA sequences generated for the study have all been deposited in the public database GenBank, enabling other researchers to make use of them. 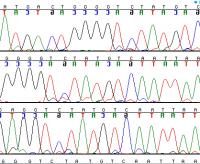 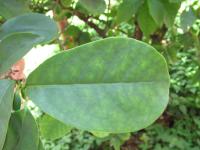