A Smithsonian scientist and colleague report that a potentially harmful, invasive crab species that has spread to several countries is now established and reproducing in Panama. The researchers report that Harris mud crabs are reproducing in the small, man-made lake designated to become the third set of locks in Panama’s new $5 billion canal expansion project.

Mark Torchin, a staff scientist at the Smithsonian Tropical Research Institute in Panama, and Dominique Roche, a McGill University pre-doctoral student, report their research in the September issue of Aquatic Invasions.

The Harris mud crab, Rhithropanopeus harrisii, native to estuarine environments along the East coast of North America, has spread to at least 21 countries, causing varying degrees of both environmental and economic damage. This mud crab has the potential to disrupt local ecosystems, invade inland freshwater lakes and harbor crustacean diseases. It also fouls pipes and preys upon fish in gill nets.

Torchin and Roche first discovered R. harrisii on the shoreline of the Miraflores Third Lock Lake in February. In March, they collected males, egg-bearing females and juveniles. While individual Harris mud crabs were reported from Panama in 1969, this is the first report of an established and reproducing population in the country.

The Miraflores Third Lock Lake was created in the early 1940s, during an aborted project to further expand the canal. The new canal expansion project, formally inaugurated Sept. 3, will reconnect this lake to the waterway.

This study is part of a major ongoing project by Torchin and the Smithsonian Marine Science Network to document the movement of invasive species as a result of the significant expansion of world marine trade.

The Smithsonian Tropical Research Institute, a unit of the Smithsonian Institution, headquartered in Panama City, Panama, furthers the understanding of tropical nature and its importance to human welfare; trains students to conduct research in the tropics; and promotes conservation by increasing public awareness of the beauty and importance of tropical ecosystems. Each year, nearly 1000 visiting scientists from around the world join the institute’s 35 staff scientists in collaborative research projects at sites in 40 tropical countries. For more information, see www.stri.org. The Smithsonian Institution Marine Science Network provides unparalleled access to and research support for Atlantic Ocean and Atlantic shore ecosystems. The Marine Science Network is a unique array of coastal laboratories and long-term marine research sites in the western Atlantic Ocean that extends along the east coast of North and Central America, bridging the Panamanian isthmus from the Caribbean Sea to the Pacific Ocean. For more information, see http://www.si.edu/marinescience. 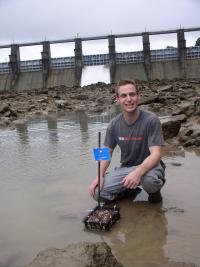