ROCKVILLE, MD - The American Society of Human Genetics (ASHG) has named Charles Rotimi, PhD, and Sarah Tishkoff, PhD, as the 2019 recipients of the Curt Stern Award. Dr. Rotimi is Director of the Center for Research on Genomics and Global Health at the National Institutes of Health (NIH). Dr. Tishkoff is the David and Lyn Silfen University Professor in Genetics and Biology at the University of Pennsylvania, holding appointments in the School of Medicine and the School of Arts and Sciences.

This annual award, named for the late pioneering geneticist Curt Stern, PhD, recognizes genetics and genomics researchers who have made significant scientific contributions during the past decade. ASHG will present the award, which will include a crystal plaque and $10,000 prize, on Wednesday, October 16, during the organization's 69th Annual Meeting in Houston, Texas.

"[Drs. Rotimi and Tishkoff] have each contributed significantly to our understanding of the genetics of African and African descent populations over the past decade, in their own complementary and unique ways," noted Neil Risch, PhD, ASHG past president, who nominated this year's awardees.

Dr. Rotimi is a genetic epidemiologist who has conducted innovative research to understand the genomic, social and cultural determinants of metabolic diseases with implications for health disparities. His lab published the first genome-wide association study of hypertension in African Americans, which identified multiple significant variants in genes, with one (CACNA1H) already a drug target for a class of calcium channel blockers. His lab has discovered African-specific variants for diabetes, obesity, lipids, and metabolic syndrome, which have provided insights into the pathogenesis of these traits in African ancestry populations.

Dr. Rotimi is especially proud of his efforts at globalizing genomics. His engagement of African communities for the International HapMap and The 1000 Genome Project has had a transformative impact. In addition to his research, Dr. Rotimi was the founding president of the African Society of Human Genetics (AfSHG). He was recognized as an "African Innovator" by Quart Africa and elected to the USA National Academy of Medicine and the African Academy of Sciences.

"Dr. Rotimi conceived the vision and led the establishment of the Human Heredity and Health in Africa (H3Africa) Initiative, which has utterly revolutionized research across the African continent," said Francis Collins, MD, PhD, NIH Director, in a nomination letter.

"As an anthropologist and population geneticist, through collection of a unique set of samples from populations across the continent of Africa, she has reconstructed African history and characterized its genomic imprint," noted Dr. Collins in a nomination letter. Dr. Tishkoff and her research team have taken many trips to Africa and worked closely with African collaborators, in hopes of identifying genetic and environmental factors that influence both normal variable traits and disease risk. She has trained numerous students and research scientists from Africa and has advocated strongly for including ethnically diverse human populations in genomics research in order to help alleviate health disparities.

Notably, Dr. Tishkoff and collaborators demonstrated extensive population diversity within and among African populations, which showed the need to include ethnically diverse Africans in human genetics research. They characterized the impact of natural selection on patterns of genetic variation at the G6PD gene, in which common variants cause a severe enzyme deficiency but are protective against malaria, and at the APOL1 gene, in which common variants lead to a higher risk for kidney disease but also protect against trypanosome disease. They identified novel genetic variants associated with lactose tolerance in African pastoralists and demonstrated that they arose independently from the lactose tolerance mutation in Europeans due to strong natural selection for the trait. More recently, Dr. Tishkoff and collaborators identified novel skin pigmentation genes in Africans, a discovery with implications for understanding risk for melanoma and the evolution of skin color in both Africans and non-Africans. 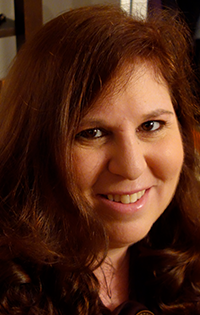