CHAMPAIGN, Ill. -- Antarctica is a cold, desolate place, inhospitable for human habitation. Yet humans have been intimately connected to the continent since long before they ever set foot there.

A new book by Gillen D'Arcy Wood - a University of Illinois at Urbana-Champaign English professor with an interest in earth sciences and climate change - tells the tales of the first explorations of Antarctica, interwoven with the story of its geological history and framed by the current threat of climate change and the deglaciation of the continent. "Land of Wondrous Cold: The Race to Discover Antarctica and Unlock the Secrets of Its Ice" is published by Princeton University Press.

The literature of Antarctic exploration is focused on the well-known early 20th-century expeditions by Robert Falcon Scott, Ernest Shackleton and Roald Amundsen and their race to the South Pole. Wood writes about the first explorations 70 years prior, in the late 1830s and early 1840s, by Charles Wilkes, Jules Dumont D'Urville and James Clark Ross. The 19th-century expeditions have been neglected in popular history, he said, but "these expeditions were both first and last - the first to penetrate the Antarctic continent and the last hurrah of the great age of exploration."

The American expedition led by Wilkes was one the last of the great sailing ship expeditions to circumnavigate the globe, Wood said. The expeditions set in motion a century and a half of scientific research on the continent. Wood compares them to early space travel.

"These voyages really were like the moonshot of the 19th century," he said. "They sent the most advanced ships with the best technology, and the best and most highly experienced naval men to explore the continent, knowing they were sending them effectively into another world in the hopes they would bring back discoveries that would advance humankind."

Wood didn't want to write just an exploration narrative, though. He looked at the environmental history of Antarctica through the eyes of its first explorers.

"I wanted Antarctica to be the main character. The explorers are the lens for a book that is principally about the continent itself," he said. "It's a human story of an encounter with a strange, magical, forbidding, alien land."

Antarctica once was a warm, humid, forested continent, home to reptiles and mammals until ice took over 34 million years ago, he said.

"The glaciation of Antarctica set the global thermostat for us and our evolution," Wood said. "It's crucial for the Earth we inhabit. We are, in an ecological sense, intimately tied to Antarctica."

The continent currently is viewed as a threat, with melting glaciers producing a sea level rise and an existential challenge to civilization, he said.

To research the book, Wood read hundreds of scientific papers and - because he was writing about seagoing voyages - took a five-week trip by boat to Antarctica from southern Chile, skirting the continent's ice pack and traveling along West Antarctica to the Ross Sea, then on to New Zealand.

"It was interesting to experience Antarctica as my characters did, on board, in very inhospitable conditions with almost nowhere to land and with constant threats from wind and ice," he said.

During the trip, Wood flew by helicopter over the Ross Ice Shelf, mountains and glaciers. It was only from the air that he grasped the enormity of the amount of ice on the continent.

"The ice is rising from the ground to the peaks of a mountain range, and that is just one mountain range. There are all these peaks and valleys, and you can begin to extrapolate how much ice is locked up," he said, noting that 70% of the Earth's fresh water is held in glaciers. "It really brought out what that abstract number meant physically, to have an entire continent given over to mile-high ice. It's an extraordinary thing."

Wood experienced the disorienting nature of the light and landscape when he visited Antarctica. The palette of blue and white with the light reflecting off the ice and the extremely dry, clear air produce optical illusions such as false horizons and mirages.

"Objects appear to be dramatically closer than they are," he said. "This is something the first explorers found. Sailors swore they saw a coast, they started to chart it and then it would vanish."

One of the most fascinating aspects of researching the book was learning about the deep ocean and its effect on climate, Wood said.

"The Antarctic Ocean produces this enormous deep ocean stream of cold water, with enormous energy that propels itself northward and helps drive the major currents of the Earth's oceans," he said. "It's the channeling and funneling of cold and warm water that drives jet streams and creates climate conditions around the globe. Antarctica is the home for that."

The region is also known for extremely rough seas and frequent storms. Wood devoted a section of the book to storms and the winds created by the continent's ice plateau.

"These are the strongest, most violent winds on Earth," he said. "It's something the explorers faced. The American expedition skirted the coast with the fiercest winds on the continent. One of the stories I tell is their encounter with this storm and how they managed to survive."

Wood is the associate director of the Institute for Sustainability, Energy, and Environment and the director of its Environmental Writing Program, as well as the Langan Professorial Scholar of Environmental Humanities in the English department. One of his previous books, "Tambora: The Eruption That Changed the World," published in 2014, dealt with the rapid climate deterioration set in motion by the massive 1815 eruption of an Indonesian volcano. 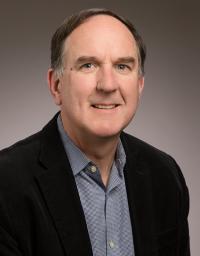 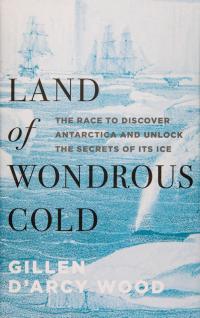 'Land of Wondrous Cold: the Race to Discover Antarctica and Unlock the Secrets of Its Ice'