Calorie restriction may help mice stay slim and live longer, but it also means less fat to keep their bodies warm. Researchers in Brazil have found that mouse skin responds to caloric restriction by stimulating fur growth, increasing blood flow, and altering cell metabolism to increase energy efficiency. The study, published September 12 in the journal Cell Reports, reveals that animals may use this as an evolutionary adaptation to stay warm--and alive--in limited food conditions.

"The changes in the fur and skin were quite noticeable, and are interesting because they were visible after only a few months, when animals are not yet old," says senior author Alicia Kowaltowski, a professor at the University of Sao Paulo's Institute of Chemistry. "The changes may be related to an increase in skin stem cells, which help preserve the skin from the effects of aging, which we were also able to detect."

A calorie-restricted diet has already been associated with a long list of health benefits, from increasing lifespan and reducing insulin resistance to helping to fight cancer, but its effects on skin have been understudied. To learn more, her group, including postdoctoral fellow Maria Fernanda Forni, who studies skin stem cells, paired up with Jorge Shinohara in Sao Paulo's Fundamental Chemistry Department, who built a custom-made temperature sensor for mouse skin.

They compared mice that could eat everything they wanted, at any time--which meant they eventually became overweight--with animals restricted to eat 60% of the calories of what their more indulgent counterparts were allowed for six months. The calorie-restricted mice lost around half of their body mass and displayed more even, thicker, and longer fur coats.

The group observed that, at the cellular level, one of the side effects of the diet was an expansion of hair follicle stem cells, leading to increasing hair follicle growth and retention rates. Compared to the free-ranging mice, the calorie-restricted mice also had three times as many blood vessels in their skin, to bring more warm blood to the surface, and their skin cells exhibited differences in metabolism so that they lost less energy as heat over time.

The researchers then shaved patches of fur off of mice from both groups to confirm that the extra hair helps warm the calorie-restricted animals. Indeed, based on heat loss measurements, the thicker fur coats helped insulate heat, and without the adaption, the calorie restricted mice were more lethargic and showed signs of disrupted metabolism.

"These findings are especially significant since they unveil not only a striking effect of calorie restriction on the skin but also an adaptive mechanism to cope with reduced insulation derived from skin changes under conditions of reduced caloric intake," Kowaltowski says. "I think the research community will be interested in thinking about the skin and fur as integral players in metabolic responses and control."

Her group now wants to focus on understanding the signals involved in promoting the changes in skin they observed with calorie restriction. Kowaltowski says that if we understand these pathways, we could uncover targets to keep the skin healthy during aging.

The research was supported by grants from FAPESP and the Centro de Pesquisa e Desenvolvimento em Processos Redox em Biomedicina. 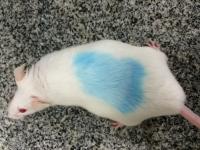 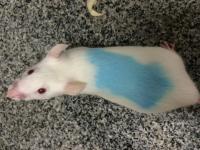