CHAMPAIGN, Ill. — A new study reveals how enzymes in the honey bee gut detoxify pesticides commonly used to kill mites in the honey bee hive. This is the first study to tease out the precise molecular mechanisms that allow a pollinating insect to tolerate exposure to these potentially deadly compounds.

The findings appear in the Proceedings of the National Academy of Sciences.

Previous studies have shown that honey bee hives are contaminated with an array of agricultural chemicals, many of which the bees themselves bring back to the hive in the form of contaminated pollen and nectar, said University of Illinois entomology professor and department head May Berenbaum, who led the new research.

"There are agricultural pesticides everywhere," she said. "They accumulate in the wax of bee hives, so bees in particular are exposed. And their habit of foraging very broadly across a staggering diversity of plant species also tends to expose them to many different types of habitats, which may also have different types of chemical residues."

Other chemicals are applied directly to the hives, she said. For the past 20 years, beekeepers have used acaricides – chemicals designed to kill mites but not bees – in the hive.

While evidence so far does not support the idea that exposure to synthetic pesticides is a cause or significant contributor to colony collapse disorder, the massive die-off of honey bees first reported in late 2006, "it's abundantly clear that pesticides aren't really very good for any insect," Berenbaum said. "So we figured it was about time somebody knew something about how pollinators process toxins."

In a series of experiments, the team identified three cytochrome P450s in the honey bee midgut that metabolize tau-fluvalinate. They discovered that these enzymes also detoxify coumaphos, a structurally different organophosphate pesticide that also is used to kill mites in bee hives.

"This suggests that these honey bee cytochrome P450s are not particularly specialized," Berenbaum said. "That raises the possibility that a nontoxic dose of tau-fluvalinate may become toxic if an enzyme that is principally involved in its detoxification is otherwise occupied with a different chemical."

The evidence also suggests that honey bees were "pre-adapted" to detoxify pyrethroid pesticides, Berenbaum said. Pyrethroids are similar in structure to naturally occurring defensive compounds, called pyrethrins, produced by some flowering plants. Honey bees have likely had a long history of contact with pyrethrins, which are found even in some flowers in the daisy family. It appears that the same enzymes that helped the honey bees detoxify the pyrethrins in nature may also help them tolerate this relatively new pesticide exposure.

The new findings should enhance efforts to develop mite control methods that are even less toxic to bees, Berenbaum said.

Also on the study team were U. of I. cell and developmental biology professor Mary Schuler and postdoctoral researcher Wenfu Mao.

The paper, "CYTP9Q-Mediated Detoxification of Acaricides in the Honey Bee (Apis mellifera)," is available online or from the U. of I. News Bureau.

Team shows how the honey bee tolerates some synthetic pesticides 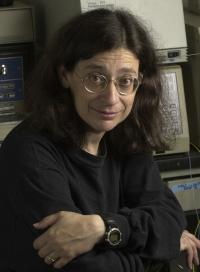 May Berenbaum, University of Illinois at Urbana-Champaign