Wilmington, DE, April 19, 2018 - Scientists at Christiana Care Health System's Gene Editing Institute have developed a potentially breakthrough CRISPR gene-editing tool. It could allow researchers to take fragments of DNA extracted from human cells, put them into a test tube, and quickly and precisely engineer multiple changes to the genetic code, according to a new study published today in the CRISPR Journal.

Investigators at the Gene Editing Institute, which is part of the Helen F. Graham Cancer Center & Research Institute at Christiana Care, said their new "cell-free" CRISPR technology is the first CRISPR tool capable of making multiple edits to DNA samples "in vitro," which means in a test tube or petri dish. The advance could have immediate value as a diagnostic tool, replicating the exact genetic mutations found in the tumors of individual cancer patients. Mutations that cause cancer to spread can differ from patient to patient, and being able to quickly identify the correct mutation affecting an individual patient can allow clinicians to implement a more targeted treatment strategy.

"With this new advance, we should be able to work with laboratory cultures and accomplish gene edits in less than a day, significantly reducing the time required for diagnostics compared to other CRISPR tools, and with much greater precision," said Eric Kmiec, Ph.D., director of the Gene Editing Institute and principal author of the study. "This is particularly important for diagnostics linked to cancer care where time is critical."

Kmiec also said that while other CRISPR tools are restricted to editing or repairing short segments of DNA code within a single gene, his team's new CRISPR tool could lead to applications that are capable of removing and replacing entire genes. This could be important, he said, for using CRISPR to treat disease. Kmiec noted that while some ailments, like sickle cell anemia and Huntington's disease, involve faulty DNA within a single gene, others, like Alzheimer's and heart disease, appear to involve malfunctions in multiple genes where the best option "is not really gene editing, but gene replacement."

CRISPR stands for "clustered regularly interspaced short palindromic repeats." It is a defense mechanism found in bacteria that allows the bacteria to recognize and slice up the DNA of invading viruses. Scientists have learned how to manipulate this mechanism so that it essentially can be programmed to find and remove a specific sequence of DNA code--which acts like software for controlling genes--and replace it with a different sequence. This capability has generated unprecedented excitement about developing different CRISPR tools that could produce breakthrough treatments for a wide range of diseases by repairing a damaged gene, modifying it or deleting it entirely.

In the study published today, Kmiec and his colleagues--lead author Brett Sansbury and co-author Amanda Wagner--describe developing a "cell-free" CRISPR tool that can modify genes contained in something called a DNA plasmid. A plasmid is a type of DNA molecule that can be removed from a cell and maintained and manipulated in a petri dish or test tube.

The study notes that a key feature of the new CRISPR tool is that it uses a protein called Cpf1, more recently referred to as Cas12a, to essentially function like scissors for cutting out and inserting a targeted line of genetic code. Most of the CRISPR work underway today employs a different "set of scissors" in the form of an enzyme called Cas9. However, Sansbury said while the CRISPR-Cas9 gene editing system has proven to be effective at modifying genes that are inside a cell, it performed poorly when her team tried to use it in a "cell-free" environment to quickly engineer complex changes to DNA plasmids.

"It could be that there is something within the very complex machinery of a cell that allows the Cas9 enzyme to more easily accomplish deletions and insertions," Sansbury said. "But it performed very poorly in our cell-free extracts."

Sansbury noted that when Cas9 cuts DNA, the result can be "blunt ends," while Cpf1 produces "sticky ends." She said that the blunt-ended outcome could impede the ability to process the cut ends, which allows for the removal or "resection" of a section of genetic code and then seamlessly insert and attach new code.

The Gene Editing Institute is now working to use the new CRISPR-Cpf1 breakthrough to provide something akin to CRISPR on a computer chip to a commercial partner involved in cancer diagnostics that is intended to drive personalized cancer care.

"The speed at which you see our discovery moving from the bench to the bedside is unprecedented but not unanticipated," said Nicholas Petrelli, M.D., FACS, Bank of America endowed medical director of the Helen F. Graham Cancer Center & Research Institute at Christiana Care. "The Gene Editing Institute exists within a community hospital system where we are committed to a patient-first approach to biomedical research. This major advance in CRISPR-assisted gene editing was accomplished with the support from the BIRD Foundation, which wants to see a commercial partner on board from the beginning to ensure that any discoveries will quickly benefit patients."

Sansbury and Kmiec said that while their work with their CRISPR-Cpf1tool has confirmed its usefulness for reliably editing DNA samples that are part of a diagnostic test, it is not yet fully developed as a therapeutic tool for directly treating disorders that would involve repairing or removing malfunctioning genes in humans, animals or plants. However, by allowing gene editing to be quickly and precisely accomplished in a test tube or petri dish, they believe their tool is ideal for revealing more about how CRISPR actually modifies the genome, a process that remains largely shrouded in mystery.

"When you're working with CRISPR inside a cell, you're kind of working in a black box where you can't really observe the gears of the machinery that are doing these amazing things," Kmiec said. "You can see the results, the edits to the genes, but not necessarily how you got there, which is important for ensuring that CRISPR can be safely used to treat patients."

In 2016, scientists at the Gene Editing Institute described in the journal, Scientific Reports, how they combined CRISPR with short strands of synthetic DNA to greatly enhance the precision and reliability of the CRISPR gene editing technique. Called excision and corrective therapy, or EXACT, this new tool acts as both a template and a bandage for repairing a malfunctioning gene.

About the Gene Editing Institute

The Helen F. Graham Cancer Center & Research Institute is one of the most advanced cancer centers in the country, part of one of a few hybrid academic-community health systems conducting translational cancer research, and the only center of its kind committed to high-level advancements in research through its Gene Editing Institute. The Graham Cancer Center is part of Christiana Care Health System, one of the country's largest health care providers and a regional center of excellence in cardiology, cancer and women's health services. You can find Christiana Care Health System on Twitter and Facebook. 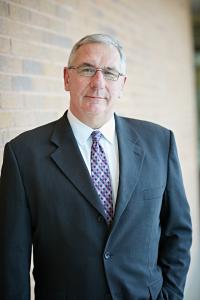 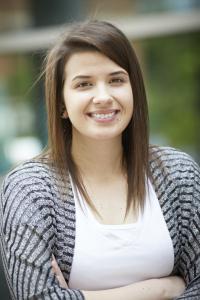