COLUMBIA, Mo. (March 10, 2016) - Approximately 14 percent of men will be diagnosed with prostate cancer at some point in their lifetimes, according to the National Institutes of Health. Radiation therapy traditionally has been a primary treatment for the cancer, but one-fourth of men have a recurrence of prostate cancer within five years after the therapy. Now, a University of Missouri School of Medicine researcher has found that a complex procedure to remove the prostate achieves excellent long-term survival for men after radiation therapy has failed.

"Prostate cancer, unfortunately, is a common cancer, and more than 27,000 men are estimated to have died from the disease in 2015," said Naveen Pokala, M.D., an assistant professor in the Division of Urology at the MU School of Medicine and lead author of the study. "By studying a national database of prostate cancer cases, we found that a procedure known as salvage radical prostatectomy can greatly increase a man's chance of survival when traditional radiation therapy has failed to eradicate the cancer."

During a salvage radical prostatectomy, the prostate gland and surrounding tissue are surgically removed to keep the cancer from spreading. The procedure is challenging because tissue that surrounds the prostate is scarred during radiation treatment, making it difficult for the surgeon to identify and cut out tissue that needs to be removed. If the cancer is localized, a highly skilled surgeon can remove the gland and surrounding tissue using a robotic minimally invasive technique or through an open surgery.

"Because radical prostatectomy is a complex surgery, there can be a reluctance to undergo the procedure," Pokala said. "However, this study shows that it is a viable treatment option. This can bring a renewed hope and peace of mind to men living with prostate cancer."

The study, "Survival Outcomes in Men Undergoing Radical Prostatectomy after Primary Radiation Treatment for Adenocarcinoma of the Prostate," recently was published by Clinical Genitourinary Cancer, a peer-reviewed journal on the detection, diagnosis, prevention and treatment of genitourinary cancers. 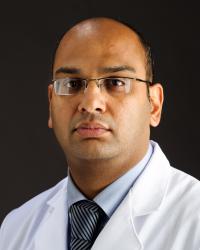