Over the last 60 years, scientists have been able to observe how and when genetic information was replicated, determining the existence a "replication timing program", a process that controls when and in what order segments of DNA replicate. However, scientists still cannot explain why such a specific timing sequence exists. In a study published today in Science, Dr. David Gilbert and his team have answered this 60-year-old question.

"Why would cells care about the order in which they replicate DNA?" asked lead scientist Dr. Gilbert. "After all - all cells need to replicate all their DNA. Our hypothesis has been that it's not just DNA that replicates, but all of the regulatory molecules that read the DNA replicate as well." Dr. Gilbert further hypothesized that there might be a purpose behind the replication timing program and process because "mother nature would not squander this opportunity to control how the DNA is read."

"The time at which you replicate provides an ideal time at which to choose whether to maintain all the regulatory factors and continue with the same functional interpretation of the information in DNA or change it to elicit new functions," explains Dr. Gilbert.

Over the last 13 years, Dr. Gilbert and his team showed that each type of cell had a unique replication timing program and that diseased cells had distinct alterations in the program. In this study, Dr. Gilbert and his team looked at how changes in the replication timing program impact the packing of DNA with its regulatory factors, collectively known as the epigenome. The epigenome are regulatory factors that are believed to control the "identity" of the cell, and the functions that the cell will perform.

By eliminating a protein called RIF1, that helps to regulate DNA replication, they found that the replication program was severely and sometimes, almost completely gone so that all segments of chromosomes were replicating at different times in different cells. Without RIF1, if cells were prevented from replicating DNA, their epigenomes were fine. However, as soon as the DNA started to replicate, the regulatory molecules that associate with the DNA became incorporated incorrectly and worsened with each round of DNA replication. Eventually, the 3-dimensional folding of the chromosomes was also altered.

"We and others have shown previously that the program is altered in many diseases," says Dr. Gilbert. "Our lab recently showed specific patterns of altered timing that were linked statistically to poor outcomes in pediatric leukemia, and in another study to diseases of premature aging."

Thus, the replication timing program provides a whole new genre of molecular pathways and biomarkers that lead to and identify disease states. This could lead to earlier diagnoses and more accurate prognoses for patients.

While Dr. Gilbert's work has answered one important question, he does not plan to stop here. "We think that the epigenome... is not [only] essential for a cell to just maintain its identity, but we hypothesize that it is critical for cells to turn into other cell types."

Testing this hypothesis is crucial for the fields of stem cell research and the therapeutic application of stem cells. Dr. Gilbert is currently using human stem cells to test how a disrupted replication timing affects development of these cells into liver cells, heart cells, and neurons. The results from this study will provide valuable information for human health and disease studies in the future.

This research will appear in the 23rd April 2021 issue of the journal Science, published AAAS, the science society, the world's largest scientific organization. 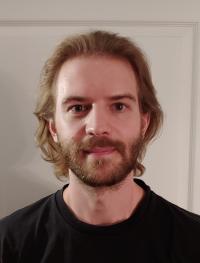 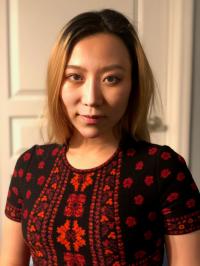