Cerebral infarction, commonly known as ischemic stroke, has a high mortality rate and causes severe damage to nervous cells in the brain owing to the loss of oxygen, which results in limiting body movements. Several technologies, including physiotherapy and brain stimulation techniques, are being developed and tested for the rehabilitation of brain nervous cells damaged by a stroke. In particular, low-intensity focused ultrasound is expected to be effective for rehabilitating neurological diseases such as stroke, as it can excite or inhibit nerve cells by delivering mechanical energy with high precision at the desired position, while ultrasound is penetrating the cranium without requiring a surgical operation.

Korea Institute of Science and Technology (KIST) announced that the research team at the Center for Bionics, led by Dr. Kim Hyungmin, developed a wireless rehabilitation treatment technology for brain nervous system damaged by a stroke by fabricating a wearable, wireless low-intensity focused ultrasound brain stimulator. Additionally, to verify its effectiveness, this brain stimulator was applied to animal models of stroke.

In 2018, the research team developed a treatment method in which a low-intensity focused ultrasound was applied to the cerebellar core to recover motor functions that deteriorated owing to hemiplegia, and in 2020, they proved that the low-intensity focused ultrasound applied to the cerebellar core after a stroke is closely related to the changes in a delta wave in the brain.

To harness this technology efficiently in rehabilitating stroke patients in various environments, the ultrasound device should be easy to be used in everyday life. However, the existing brain stimulator is heavy and fixed, and is therefore only applicable to experiments involving anesthetized or restrained animals, thereby making it difficult to be commercialized.

Based on the findings of previous studies, the research team at KIST developed a wearable light-weight brain stimulator, which weighs approximately 20 g, that can be wirelessly controlled. In addition, they verified the rehabilitation effectiveness after assessing the motor ability of a rat stroke model with the device. When ultrasound was applied with a pressure of approximately 426 kPa to the part of the brain that controls motor functions in a rat stroke model, the motor functions were significantly improved after three days compared to the rat stroke model to which ultrasound was not applied; the motor functions were improved to a level similar to that of normal rats after seven days of rehabilitation.

The brain stimulator developed by Dr. Kim's research team is light in weight and operates wirelessly, which does not limit the physical movements of a body as it continues stimulating the part of the brain that controls motor functions via ultrasound, thereby restoring the nervous system damaged by a stroke. The results obtained from the study are expected to soon contribute to the development of a wearable ultrasound brain stimulation technology at a clinical level.

According to Dr. Kim Hyungmin at KIST, "Recently, the wearable brain stimulation technology is advancing rapidly, and the significance of this study is in verifying the possibility of non-invasive neurorehabilitation therapy using a wearable ultrasound device," and he added that "In order to ensure the safety and effectiveness of the treatement, further research is required to optimize stimulation protocol by determining the molecular and cellular mechanisms of ultrasonic neuromodulation."

This study was conducted as a Creative Allied Project (CAP) of the National Research Council of Science and Technology and funded by the Ministry of Science and ICT (MSIT). The findings of this study have been published in the latest edition of a prestigious international journal "IEEE Transactions on Biomedical Engineering" of medical engineering. 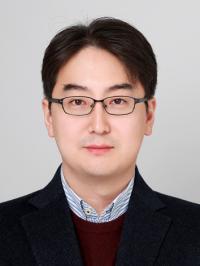