In a new study to be found in 'Scientific Reports' published by 'Nature', they show that with this method, nine out of ten cells survive being injected with foreign molecules.

One of the most well-known methods for studying bacterial, plant, and animal cells is fluorescence microscopy. When using this method, proteins or other structures in a cell are stained with the help of fluorescent probes. These molecules are fluorescent. Light excitation makes them glow, thereby illuminating the labeled structures inside the cell. 'The method works very well on fixed, that is non-living cells,' says Professor Dr. Thomas Huser, head of the Biomolecular Photonics research group. 'However, the problem is that much of what we want to know can be gained only from living cells.'

Dr. Simon Hennig adds: 'Living cells impede the intrusion of most fluorescent probes.' The physicist is working in Huser's research group. To overcome this resistance when delivering fluorescent probes into the cells, he has developed the method of nanoinjection. He uses a minute hollow glass pipette to deliver the fluorescent molecules to individual cells. The process is controlled by a computer. An instrument specially developed for nanoinjection inserts the pipette into the cell. The tip of this glass capillary is much smaller than that used in usual microinjection. Moreover, the process prevents the cell from increasing insize, because only the molecules are transferred and not the liquid in the pipette as well. 'The method is so precise that we can even deliver the molecules to the nucleus of a cell,' says Hennig.

The new study confirms that the method can be used to inject many types of probes and that is it very well tolerated by the cells. 'This proof was necessary, because previous techniques such as microinjection harm the cells so much that most do not survive the treatment,' says Hennig. His colleague Matthias Simonis tested the nanoinjection method on more than 300 cells and compared the results with those of microinjection. The main finding was that 92 per cent of the cells survived nanoinjection compared to 40 per cent for microinjection. 'The analyses also confirmed that these treated cells cells proliferated normally,' says Hennig. According to the physicist, proliferation is not just a sign of a healthy cell. It also opens up new possibilities for experiments. For example, a negative influence of the injection can be ruled out in advance. This allows researchers to study the injected cells without having to take the effect of the injection into account as well. Hennig views nanoinjection as a particularly promising way of studying, for example, how single cells react with each other.

Further information is available online at: 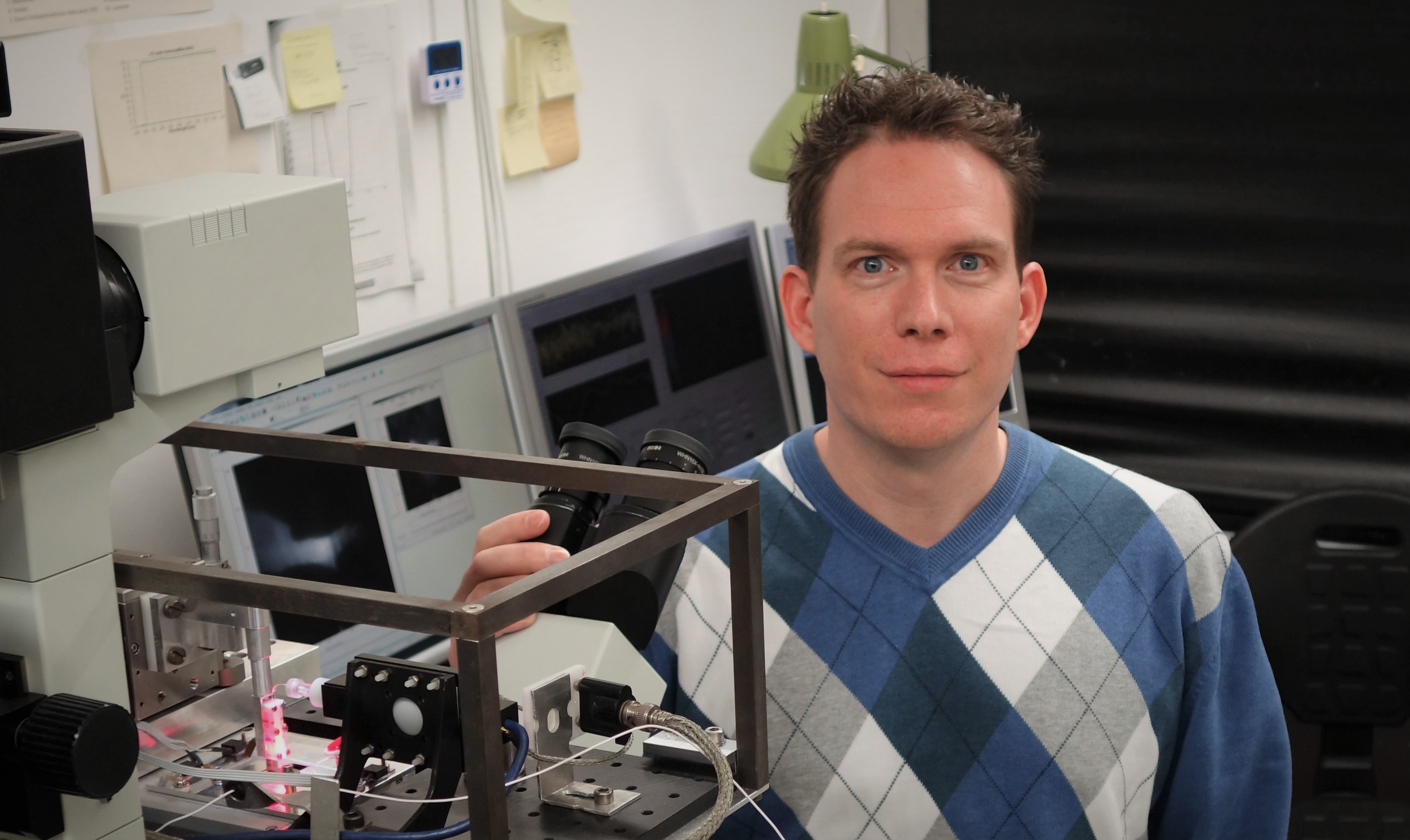